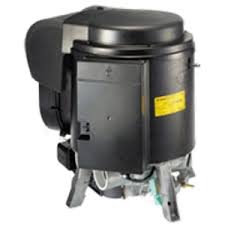 This thread is for the general discussion of the Item Truma UK, Foston, Derby.. Hit the Review Button at the top of the page to leave a proper review. Feel free to discuss it below.
OP

Cant't speak for this company but have experience of other 'service' agents for Truma. There are lots of approved Truma service agents traceable by postcode from the Truma web site. I contacted a few when my heating/water failed when marshalling at Peterborough 2018. The first recommended on their web site was the Oxford Caravan Centre but when I phoned them they informed me, in no uncertain terms, that they only deal with caravans not motorhomes and what's more only caravans they have sold. {I told Truma that this was not exactly a 'service' agent and should be pulled from their list but they weren't interested and it's still there}. The second one I arranged to go and see seemed to be a centre for derelict vans - he spent an hour looking at it then told me what I had told him when I arrived, indicating that it would take at least 2 weeks to acquire the part needed. The third one I phoned informed me that they were booked up until August (it was April at the time) but told me about a 'chap down the road' who was qualified - but was not on the list. Since we were due to go to Holland within 2 weeks I rushed to him and he was brilliant and has been doing my habitation check and anything else I needed ever since altho he's 40 miles from me - see Centraleisure. Not impressed with the Truma list of service agents at all. I see it now includes someone who serviced the heater on a previous AS van and when I subsequently went to Autosleepers they were horrified at what he had done. It was some time ago so maybe he has learnt stuff since then!