As you know RV Fulltiming is organising a trip to Morocco. There are a number of members of Fun going, if you are interested or have any questions this is the place to ask.

This is just to inform you all that our deposit is paid (for all I know we're probably the last to pay) but just in case, for those that haven't done so yet, doing the transfer was not an easy task really as it would appear that the girl in the bank didn't know as much as I did and that's not much at all

Went to TSB first and they wanted to charge us £30 for it. Told them what I thought of that!!

Then got in touch with Scotjimland and asked if there was another method and he said that Ray would accept a Euro cheque.

So I then got in touch with the bank again and they said they would do it for £15 or they would be prepared to do the bank transfer for £20 at a rate of 1.40 euros to the £. They could not confirm the rate as it would be determined in London so it could be more or it could be less.

So off I went to the RBS bank, completed the form and handed it to the woman behind the counter. She informed me that beneficiary costs would also be incurred but she did not know how much. I told her that this was not the case for payments in Euros being sent to countries marked with a (1). She asked me how I knew that and I told her to look on the back of the form - I was correct. So watch out for that one.

The good thing was that they gave me a rate of 1.4566 which I though was very good. :Laughing
The thing is if the paperwork is not correct then it can cause a lot of unnecessary messing about.

The best thing was when she told me I was not a signatory on the account - so I had to go to the garage and get Geo to sign the form, then go all the way back again. I will be dealing with him later :Mad:

Any way the deed is finally done, can't stop thinking about the trip now, I'm really excited and it seems so far away yet. We've been looking at all possible routes - whether to drive all the way through France and Spain or whether to get a ferry from Portsmouth to Bilbao and then drive through Spain. The timetable and prices do not appear to be on the website yet though.

I'm sure there will be some useful information when some of us meet at the end of September.

See you soon folks. Have a good un.

Thanks for posting the info ..

Can those who first expressed an interest please go to the Morocco Tour List thread on RVF and post your intentions ..
If you are not going please let us know ASAP.

:Cool: Possibly a much better, cheaper and safer way is to go through a Money Exchange:-

I have used these several times to send money to the USA. The charge was £15 and they gave the best exchange rates available at the time.

Hi John
Pam opted for the 5 day budget scheme at a cost of £10 and at an exchange rate of 1.4566E to the pound it was by far the best rate offered after checking around
Geo

Geo said:
Hi John
Pam opted for the 5 day budget scheme at a cost of £10 and at an exchange rate of 1.4566E to the pound it was by far the best rate offered after checking around
Geo
Click to expand...


Moneycorp would today give you 1.478. Horses for courses I suppose?

What you loose on the roundabout, get's nicked of you on the swings

These pics were taken at Camping Taghazoute in March 1999 when Morocco was not all that crowded.

The top pic is the Laika 400i we had and the other one is the out door shower we rigged up using the solar bag. 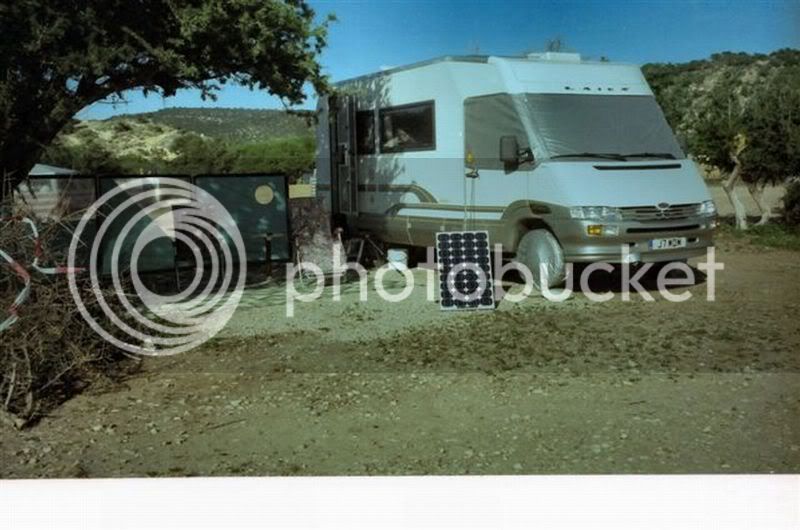 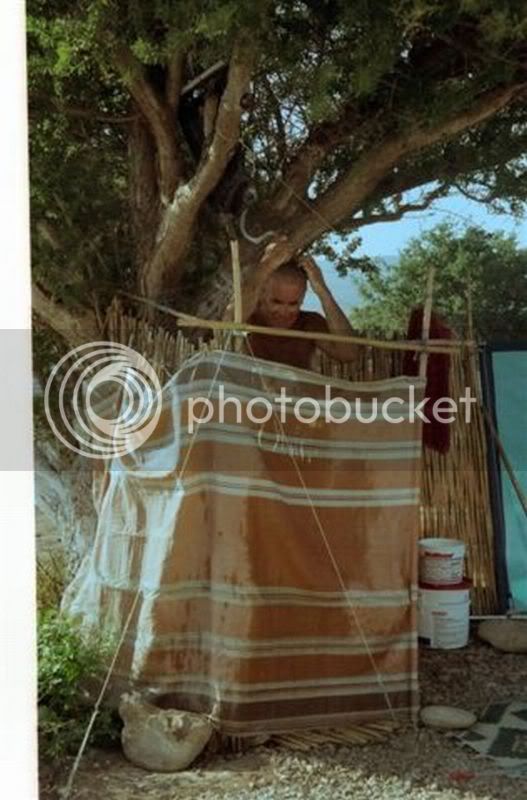 The quality of the pics is not brilliant but they were taken from negatives using the Canon Paxma MP 810 we have just bought. We have thousands of negatives and slides going back almost fifty years that we plan to scan and put on the bosses lap top.

If these pics should be elsewhere just shout out and I'll move them. :Blush:

My motto was "If youve got it flaunt it"

I ain't got it any more so hence the screens.:Blush:

PS these smilies do my head in.

I
Is there a good write up about Morocco MH Travel?

B
The Dreaded Engine Warning Light