Power oak power packs seems to be loads of these units being given free to you tubers in return for a review has anyone on here got one and are they ok for wild camping ,don't want to go by what you tubers say as they are getting them for free and think they would be biased ,
B

I think the term generator is misleading, basically it appears to me to be a box with a battery and an inverter with various outlets. it has no means of actual generation unless you provide an external source to it
the battery capacity is very small compared to the demands of a motorhome. If you had the room you could fit an extra battery in your van buy a 500 pure sine wave inverter and have a lot more usable power.
Last edited: Feb 20, 2021

Not lost but not far off

You cant cheat physics , what goes out has to be replaced , they are batteries all said and done .

The you tubers are primarily using them as an additional means to charge their cameras, laptops, drone batts, E bikes etc, and as you know they do seem to have loads of that stuff on demand.
The Poweroak's come in different sizes half decent ones @ circa£400, but the larger one used by Gadget John is priced at over 2.5K I believe
They can be charged from solar, 12V, & mains, I guess the advantage over having an even larger leisure battery bank in the van, is that they are portable and can be taken anywhere, or rather cheekily inside McDonalds for an extended breakfast mains powered recharge.
This concept of having a battery powered mobile power source is still fairly new, especially here in The UK, so maybe in time they will be keener priced, as can be seen with all Lithium Batts. I am guessing that in a year or two, 100amp hour Lithium's with built in BMS will be much closer to the price of say decent Gels/AGM's when you factor in the number of charge cycles they offer and with the extended 5/7 year warranties.
This is being clearly demonstrated already, as in seeing how many Funsters have already fitted Lithium's to replace their Gels/AGM's etc.
LES

And they use a Lithium Ion rather than a Lithium Iron LiFePO4 battery, so certainly not as safe as a proper motorhome battery.

Probably OK for a weekend in a tent, can't see the point of them in a Motorhome.
If Gadget John likes them that would put me off.

Having once listened to advice from a you tuber as to a product being the bees knees and this is what you should have, six months later they identified another product that was the bees knees for the same function, I would be very cautious in future.

Let‘s see what they are doing and using in 18 months time would be my view now.

As for power oaks or similar products, I would be more inclined to look to a more permanent fixed installation involving lithium and a b2b to compliment what I have now. Even with the cost of lithium batteries I would probably have change in my pocket.
OP

Thanks for the replies guys I would love to go down the lithium battery route but they are a lot more expensive and I would rather have them fitted by a proffesional outfit ,don't know if there are any companies in Scotland who could do this work , at the moment I have 2 leisure batteries and a 130 solar panel was just thinking of the pandemic situation a lot more mh and caravan folks are going to be filling up campsites when they are open so I'm thinking about doing more wild camping when sites are full if that makes sense .

Exp
Been campervanning since 2008

We have lithium power packs in our vans.
They sit in a cradle and run the power for the van but you can just pick them up and use them as a portable power pack.
100a lithium and 1500w of power. Also have a jump start facility.
Good bit of kit. 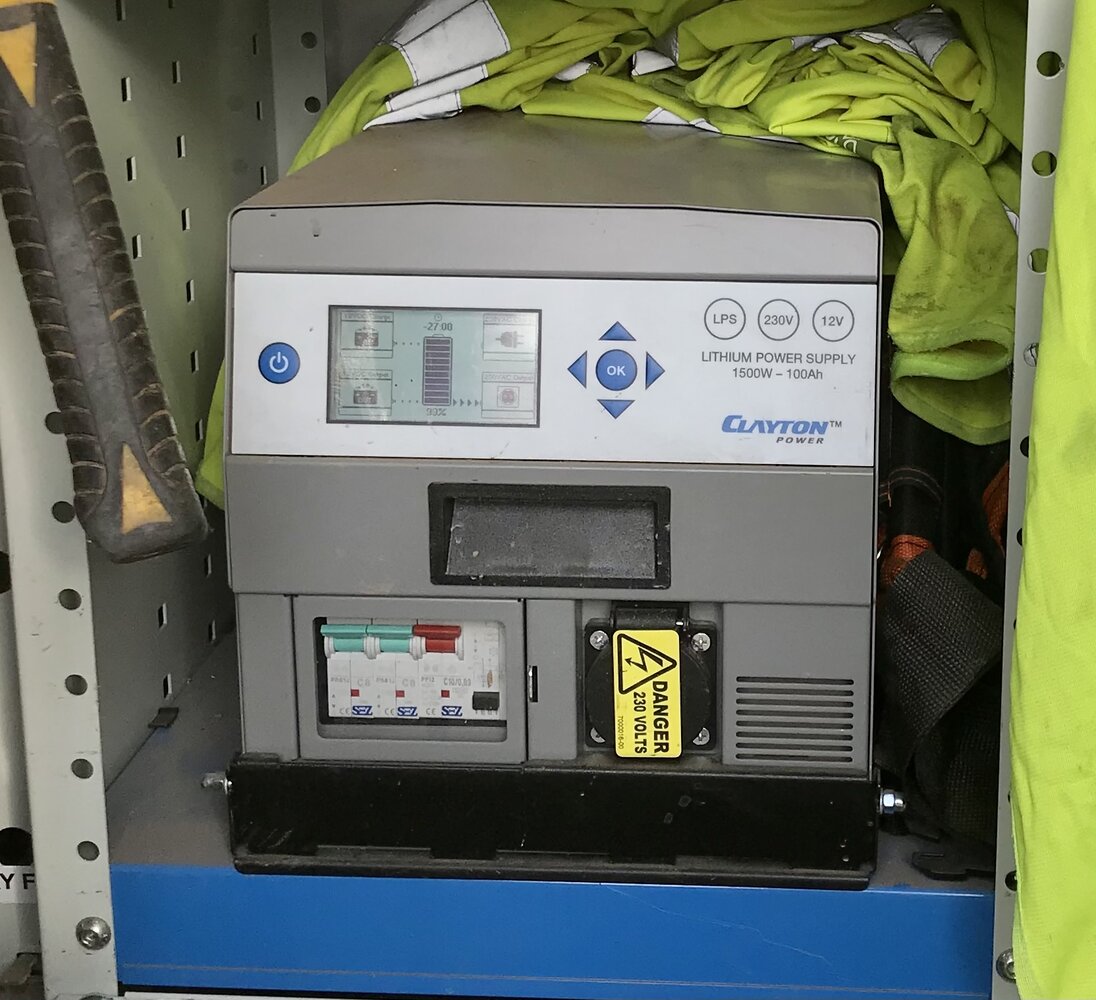 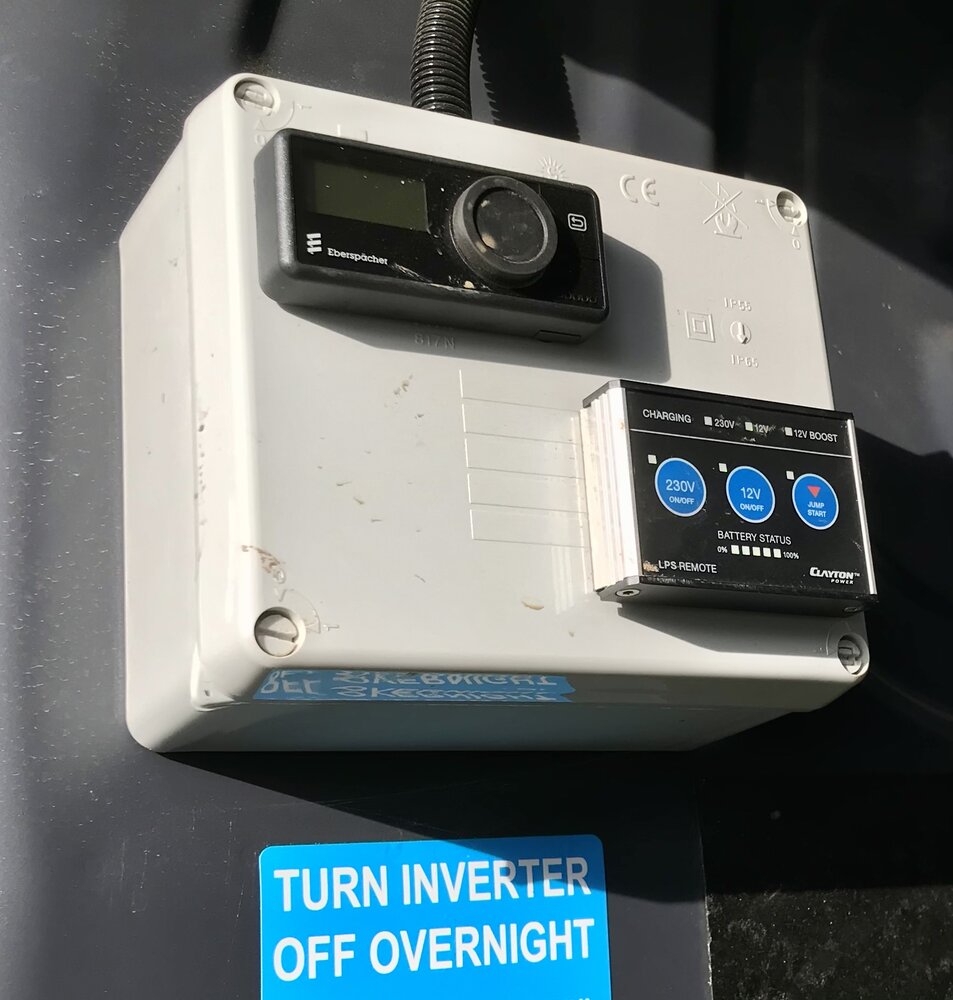 funflair said:
And they use a Lithium Ion rather than a Lithium Iron LiFePO4 battery, so certainly not as safe as a proper motorhome battery.
Click to expand...

That would concern me in a Motorhome where they are being constantly charged & discharged.

Lenny HB said:
That would concern me in a Motorhome where they are being constantly charged & discharged.
Click to expand...

Having seen a Lithium Ion bike battery go up I would not be putting it in my van OK a proper set up of LiFePO4 batteries and ancillary chargers and Inverter is more money and less portable BUT.

Rob Turner said:
We have lithium power packs in our vans.
They sit in a cradle and run the power for the van but you can just pick them up and use them as a portable power pack.
100a lithium and 1500w of power. Also have a jump start facility.
Good bit of kit. View attachment 467410 View attachment 467411
Click to expand...

Exp
Been campervanning since 2008

A
Which Battery for 59 reg Ducato Mooveo C6?