My pre-fitted Waeco camera has lost any useful night-time vision so I've bought a AHD twin lens system from reversingcamerasuk and am trying to trace the route of the existing cable into the dash so I can swap the wiring over to the new system.

The old cable is a DIN or PS/2 and the new is 4-pin. It's not possible to use an adaptor.

I have found where the existing cable comes up from the hab area and is fed behind the fuse box, as per the 2nd photo. However, as per the 1st photo, it then disappears onto/behind a black metal tubing, I presume towards the reversing light switch? I can't trace it any further so far, so it must have been laid inside this metal framework. I've no idea where it emerges and I don't want to pull up the entire dashboard unless it's necessary.

Has anyone done a similar job to this and, if so, can you tell me where the usual patching-in point can be found? Any notion of which panels might need to be removed would be v helpful. 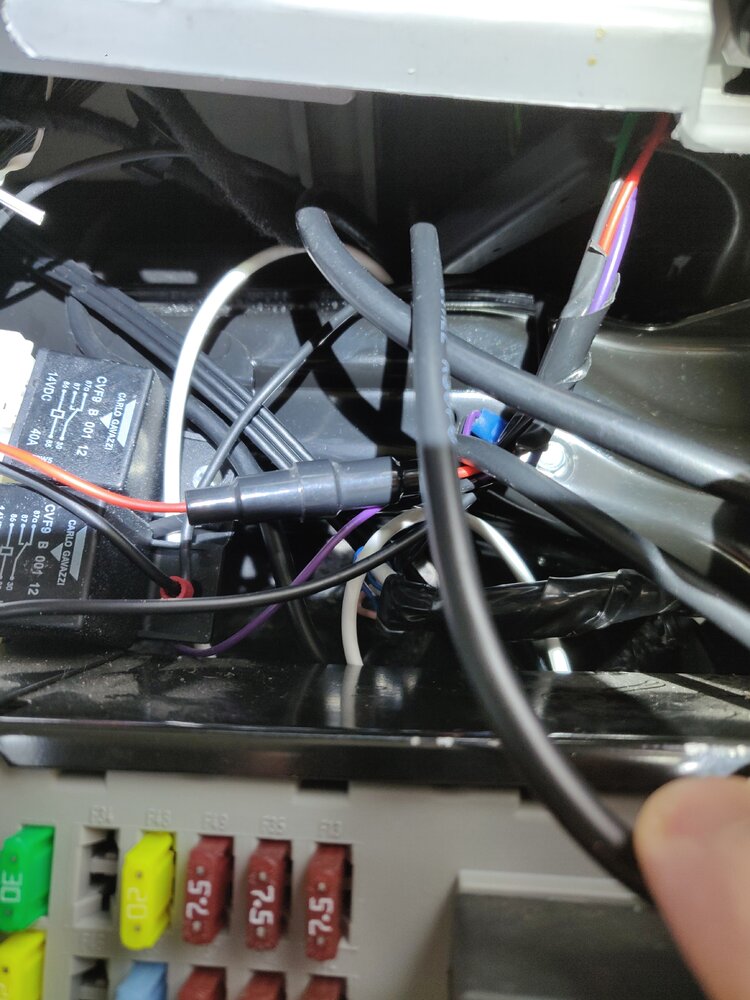 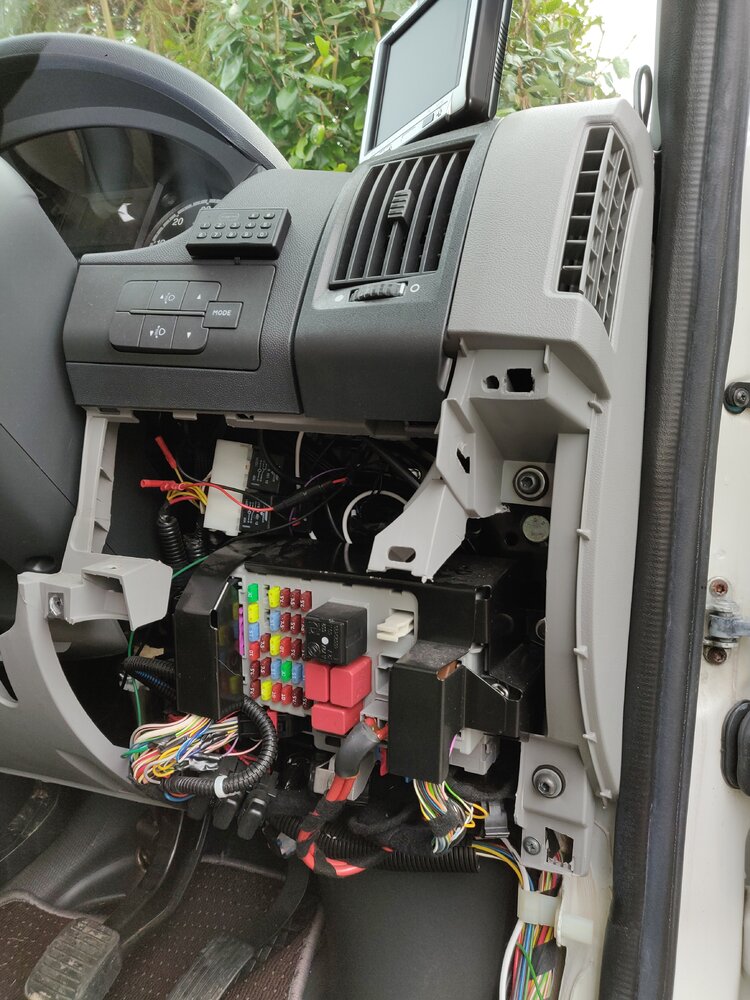 I can’t help but hoping another member can

If possible edit the pictures to show what you are trying to explain. Maybe it’s me but I can’t see what you are describing.

the route ours took was amazing it went in and out of the van three times .Easiest route i found was under the van and back in the side of the battery box and then up under the dash again with other wiring

Just running along the chassis is by far the quickest and easiest way to run the new cable. Either enter the cab via the battery box or behind the plastic on the driver's step
OP

Thanks all. To clarify, I’m happy getting the cable to the driver’s side, but the top picture shows the existing camera and monitor cables disappearing into a metal tube above the fuse box. It’s this bit that I need some help with; finding the eventual destination of the two cables behind the dash.