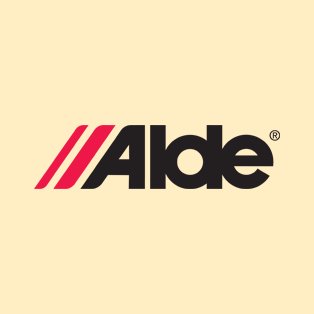 Alde AB was founded in 1949 by the Swede, Alde Rask, manufacturing systems for cars and tractors. Over a decade the company would become more focused on caravans and boats. The company's first central heating system was developed in 1966 and offered for export in 1969.

With hydronic (wet) central heating systems gaining favour in the luxury market, Alde International Systems AB continued to grow and prosper, manufacturing state of the art systems for caravans and motorhomes and boats.

In 2009, Alde International (UK) Ltd became the UK subsidiary of Alde International Systems AB. From the company's UK headquarters in Wellingborough, Northamptonshire, Alde UK provides sales and technical support to manufacturers across the country, with the ASCARE programme providing servicing and certificated training to the end user and dealer network.

I have an Alde fitted in my 'new to me' van, I initially found the instructions for use a bit confusing. However at Peterborough show they had a stand and I asked the representative about my Alde heating unit. He could not have been more helpful, spending considerable time going over all the functions and controls until he was satisfied I fully understood everything.
The system is excellent, I understand it and it works brilliantly. Thanks Alde
Reactions: gus-lopez
Visited their premises on 14th August 19 to have a fluid change and general system check.
All done very Professionally. Youve only got to look at the way they keep their offices, tidy, clean, organised, to see what you are dealing with. Very friendly and courteous staff, who really looked after us.
We stayed on the forecourt the night before, EHU and water provided. ?
Couldnt recommend them enough.
Reactions: rosalan
Great service while at their Wellingborough unit for a fluid change and general checkup. A few minor problems resolved at no extra cost. Nice waiting area in the staff canteen with complimentary refreshments and WiFi.
P
Paul Henshaw
I have read other reviews on this site and trusting the members of our site have booked in today for a fluid change.
They are presently looking at the end of October due to social distancing.. 1 job per day when usually they can do 3 jobs per day.... fingers crossed for more easing...

rosalan
Today we visited Alde for a self inflicted repair. A leak!
I cannot fairly Express the quality of service we received. Outstanding.
Read more…