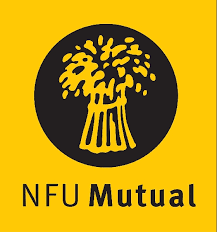 When you’re out exploring somewhere new, the last thing you want to worry about is whether you’re properly covered.
Our policy includes European cover so you can explore without worry. Plus, we offer a high level of cover as standard including things you can pay extra for with other companies, such as our Mutual Assist breakdown cover provided by the RAC (when travelling in the UK) and Motor Legal Protection.

All this means our cover is rated 5 Star by Defaqto – talk to your local agent today and see how we can look after you on your adventures.

Rang numerous insurance companies all declined to give me a quote due to the value of my new van, this is my first van and the best was because I had moved house recently!!
Only NFU would give me a quote.
Went with my local office in Chichester and dealt with Clare Way, brilliant communication all through.
Sent an email at 9-00 this morning giving them my new ref number and asking for the policy change showing this 9-50 email back with new policy details added.

Have also got a quote from them for cover on my rental houses and they were £250 cheaper on that.

Will be giving them a go when our other vehicles are due for renewal.

We have been with NFU for many years, we started using them when we bought a 2k Ifor Williams trailer. When we queried our previous insurer they would insure our new trailer but only to a value of £200. NFU covered the full value.
We bought our first motorhome this year and found that insurance was very expensive when we tried the specialist insurers. They were loading the premium because we hadn’t had a motorhome before. After a quick call to NFU, they thought about it for a couple of minutes and added it to my existing policy so we now have a cheaper policy that beat the other quotes.
Past experience also shows that they don’t fret about charging for a green card for Morocco, or for modifications.

I used NFU for my car insurance for a few years.
They were way cheaper than my previous insurer to start with.
Gradually the premiums increased.
They were good while I was with them, and rapidly and efficiently dealt with a claim, and arranged a replacement vehicle while mine was repaired. I suspect that was why the next premium was then much higher, and they were not prepared to match A N Other cheaper quote.
They could not offer anything like a realistic quite for our van conversion, but that was due to other factors like Himself's job being made redundant and the company car disappearing. He hadn't had his own insurance and so, with my claim too, the premium was ridiculous. (Actually this was an issue with several insurers, not just NFU).

I would recommend them for the way they dealt with my claim.

They were VERY thorough in initially setting up the Insurance, taking around 45minutes on the phone to speak to me directly, not just an online form filling exercise. In subsequent years there was a "loyalty bonus" but it was not what I would call significant.

I do not currently use them, but I would certainly consider going back to them when I renew.

Hi Guys. I will be returning to the UK in April after working in Dubai U.A.E. for 20 years. I would like to insure a new Sunlite Cliff 540 xv on my return. Can you please tell me if this will be possible. Thanks, Mike.
Reactions: Popeye
Read more…