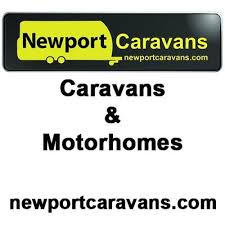 Newport Caravans was founded in August 2008 and has been the home of affordable caravanning ever since.

We are main dealer for Swift and Sprite Caravans, Elddis and Buccaneer Caravans and Swift and Bessacarr Motorhomes.

We have our own unique special edition ranges of caravans including the Swift Challenger GTS range, Sprite GT range and the Elddis Avante GTS range.

We have an extensive selection of used caravans and used motorhomes which can be viewed in our three acre site. We have a large indoor heated showroom with new caravans and caravan awnings on display.

We pride ourselves on our commitment to customer service and have been awarded the Approved Motorhome dealer and Approved Caravan Dealer by the National Caravan Council. We provide a personal service to help find the suitable caravan or motorohome to meet your needs and budget.

If you require any further details or would like to speak to one of our sales specialists please call us on 01633 843066.

If you are looking to contact somebody specifically, please click here to check out our team page.

In this day and age we seem to only hear of the companies who tend to leave us wishing we had purchased whatever the item was from a company who stands by their rhetoric and claims of wonderful service, if there is such an animal.

If you are up for reading about a company who goes the extra mile then read on.

I purchased my first Motorhome and only one to date in March 2016.

As this was my first venture into motor homing, before I looked to buying anything from whom or where, I joined MH Fun in February 2016 although I had been reading and looking at different sites for suggestions and advice for the best part of 7mths or more.

Anyway I purchased my Motorhome and the salesman offered me the RAC insurance costing around £580, which he assured me, it would cover me for water ingress and major failures for three years as long as I had a habitation check and the relevant vehicle service within two weeks annually of the purchase date.

I religiously every year did what I was meant to do under the terms of the insurance. In March this year the habitation check found bad water ingress into the rear garage or locker which had been hidden by the chequered lamination they use to make the locker look pretty and I assume more durable than wood alone.

I contacted the company who I bought the MH from and talked to a lady who was in charge of the after sales service “Tina Lynch”.

She advised me to send her copies of the habitation checks for the last two years and also get an estimate for the repairs.

I won’t bore you with what happened with the estimate scenario but suffice to say the two I had was just under the £3000 mark.

Obviously I dug the RAC booklet out and started reading the T&C “Yes I know I should of read it when I bought it”, to my dismay, under water damage it only covered vehicles up to 3.5 tonnes, and also it didn’t cover vehicles over 7 years old, and the final nail was the fact it only covered up to £1000 for each claim.

I expected Tina to tell me that the insurance did not cover the water damage because of the weight of the vehicle and also its age.

I was ready with a stern reply to the fact that they had sold me an insurance which was not fit for purpose, and they should at least give me the insurance money back, at least that would go some way to cover the £1000 which would of been covered if the RAC was valid for my vehicle age and weight.

Tina said she was in touch with her body shop as the £3000 seemed excessive considering the readings from the Hab check.

A while later I phoned her as things seemed to be dragging on a bit. She told me that as the repairs was £3000 and that RAC only covered £1000 per claim that they would do it under warranty as they could do it cheaper as their in house labour costs were lower.

Well you can imagine my surprise when she told me that, I was already for an argument about giving me my insurance money back, it certainly took the wind out of my sails.

I was thinking that RAC will cover £1000 and since they are doing it cheaper then the most it will possibly be is £1800 for me to pay if not a lot lower, I was quite happy with that.

The only downside was they could not do it for 6 weeks and they needed it for at least 10 days for the repair, which was the 9th of July, who cares I though as I’m getting it done cheaper and a £1000 of it under warranty.

Never once was the fact that mentioned that my vehicle in effect was not covered under this policy.

I took the MH up to them on the 6th of July and got the train back.

As the MH was going to be up there for a while I decided to get them to do a few things I needed repairing.

The electric step did not work which was intermittent and always failed with the step stuck out, there was bad delimitation in the between the parallel seating in the hab area, the EHU point was damaged so it needed a new one and the fuse in the central door locking mechanism kept blowing.

I went up by train on the 30th of July to pick the MH up, they picked me up from the train station and they Tina showed me round the MH and what they had done.

I was very impressed by the repairs to the rear locker, she also told me what they had to do for the extras I wanted repairing.

They had fitted a new motor to the electric step, the delimitation needed the carpet taking up and liquid injecting into the affected area, the EHU point they had put a new socket on, and the door locking was due to a door wire problem. They had also washed the vehicle and not just a quick flick of water It looked like it had been professionally cleaned.

Tina said lets go in and finish the paperwork, I sat down with my credit card at the ready, I said what is the damage, Tina replied it’s all under warranty. I replied what about the extras, all done under warranty

I thought I was dreaming I had to pinch myself to make sure I was awake. What company does this two years after purchase, I’m totally amazed at how I’ve been treated by them, I just wish all companies were like this and you would not have any compunction about dealing with any company which you buy your MH or goodies from.

These sorts of companies should be recognized for their wonderful service (Newport Caravans Wales) Thanks.