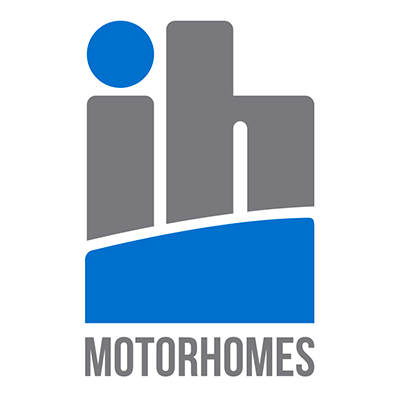 For over two decades the IH name has been synonymous with prestige and passion in motorhome design.

Meticulously crafted interiors blend a delicate choice of the finest natural materials. Classic and contemporary furniture is uniquely designed to maximise the use of space in each model.

The superbly equipped galleys and luxurious seating areas are provided with generous storage space in a fine balance of comfort, practicality and a high quality finish.

Each IH Motorhome is built to a uniquely personal specification before being individually tested and fine tuned in our dedicated inspection bays to ensure high levels of performance and integrity, which are crucial in ensuring years of trouble free motorhome experience.

On Tuesday I picked up my new IH from the factory/showroom in Knottingley. I can honestly say the handover was superb. I suppose it helps that it was done indoors especially at this time of year. The level of detail and the time taken, by somebody who obviously new the van and its systems inside out was excellent. After the physical and technical stuff we then proceeded to the paperwork. I was presented with a file of documents which we went through and everything was explained. All CoCs, Installation Certs and Type Approval Checklists are included and were explained. The bit I really liked was the details of weights and payloads. The day before, the van had been weighed, and the weights on each wheel, axle and overall weight were detailed on a printout included in the file. This weight was my van with all options chosen fitted, i.e. Solar, Wind Out Awning, Towbar e.c.t. They also detailed that it was weighed with ½ tank fuel and a full tank of gas. They then had made a calculation of user payload based on the IH interpretation of MRO [100% Fuel, Driver @ 75 Kg, LPG Tank 100% Full, Fresh Water Tank and Water Heater 100% full, Waste Water Tank empty, Toilet Flush Tank full and Toilet Cassette empty]. So I now know exactly what extra user payload I have to play with. The only trouble is I cannot have any excuses for getting it wrong now .

Only after all that did we move onto the money side of the transaction. As far as my Trade in was concerned, they just took the keys and documentation and that was it. They didn’t even look inside it whilst I was there. The Trade-in value was agreed, sight unseen, at the NEC in October.

As I said, a really good and comprehensive handover, certainly much better that anything I have had before. In fact, I am beginning to think I have not really had a handover before.

A bit late writing this review but in April 2018 I visited IH as a slight leak had developed on the shower tap on my 600RD and the lever had broken off the shower head . I suspect that despite draining down the water system some water had remained in the shower pipes and frozen during the ' beast from the east' weather. New items were speedily fitted in under 30 minutes in fact I hardly had time to drink the free coffee provided . No one tried to blame me for failing to drain down properly and all staff were so friendly making it a very pleasant experience. It is when problems arise that manufacturers and dealers show their true colours in respect of IH they were absolutely brilliant. A British company providing a truly excellent service .