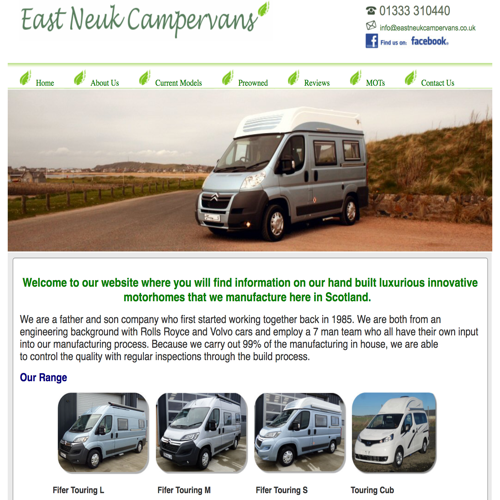 We are a father and son company who first started working together back in 1985. We are both from an engineering background with Rolls Royce and Volvo cars and employ a 7 man team who all have their own input into our manufacturing process. Because we carry out 99% of the manufacturing in house, we are able to control the quality with regular inspections through the build process.

They build nice vans but communication is terrible. Father and son team, seen 2 vans advertised as coming soon, so enquire. That is coming in next week, still on website as coming in but it is now sold he said. Same again, another one coming in so you ring weekly and they promise to let you know when it has come in. No call or email but again told its sold even though I contacted them weekly.