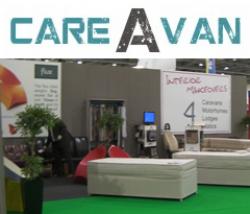 We're a family owned and operated business that boasts more than 37 years experience in the upholstery and furniture fields. We manufacture caravan cushions, blinds, curtains, mattresses, carpet and furniture for trade and retail clients throughout the UK and Ireland.

CareAvan offers complete 360 degree interior refurbishment solutions for all types of leisure vehicles. Whether you require cushions for your motor home, foam for your boat or a complete interior makeover for your static we're at your disposal to offer our support and advice.
Share:
Facebook Twitter Pinterest WhatsApp Email Share Link

Reactions: Jim
We had our van reupholstered over 2 years ago but there were two seat backs not quite right in the fit. Finally got round to contacting them and emailing photos. I arranged a visit and they modified the seat backs while I waited. All without charge or fuss, well pleased.

Reactions: Jim
We bought our RV back in March, while it was only registered in late 2010 the previous owners had driven it to Spain, parked it up for 3 years and flew down to it living it in for a month at a time. So while our new van had only 4000 miles on the clock, one look at the tired interior and you'd think it had 400,000. This was exacerbated by the use of faux/fake leather

Our last van was refurbished by CareAvan, they did a really good job for us so they were our first choice this time.

This time we chose real leather rather than the fake stuff the manufacturer had used. Typically Siân spent ages choosing fabrics and colours, soliciting a lot of opinions before ignoring them and going with her own ideas. I was worried if they would be able to recreate the big dinette in real leather as I wanted it built with new and better foam and with it's curves and rolls it would need to be cut and reshaped rather than simply recovering the original foam. Paul assured me that while it was difficult it would be easily achieved by his staff. Thereafter the hardest part was finding a time slot that would work with our and CareAvan's busy calendars.

Once we arrived at CareAvan they confirmed all the material choices and got to work stripping the RV. Their plan made sure that at night for the few days I'd be there the RV was habitable in the evening.

At one point I counted 10 people working on my RV, a carpet fitter, leather cutter, 5 girls on machines, and three upholsterers. No wonder that they have such good turnaround times.

In the workshop they rebuilt the cab seats and the large dinette and the whole team worked together recreate my RV interior. 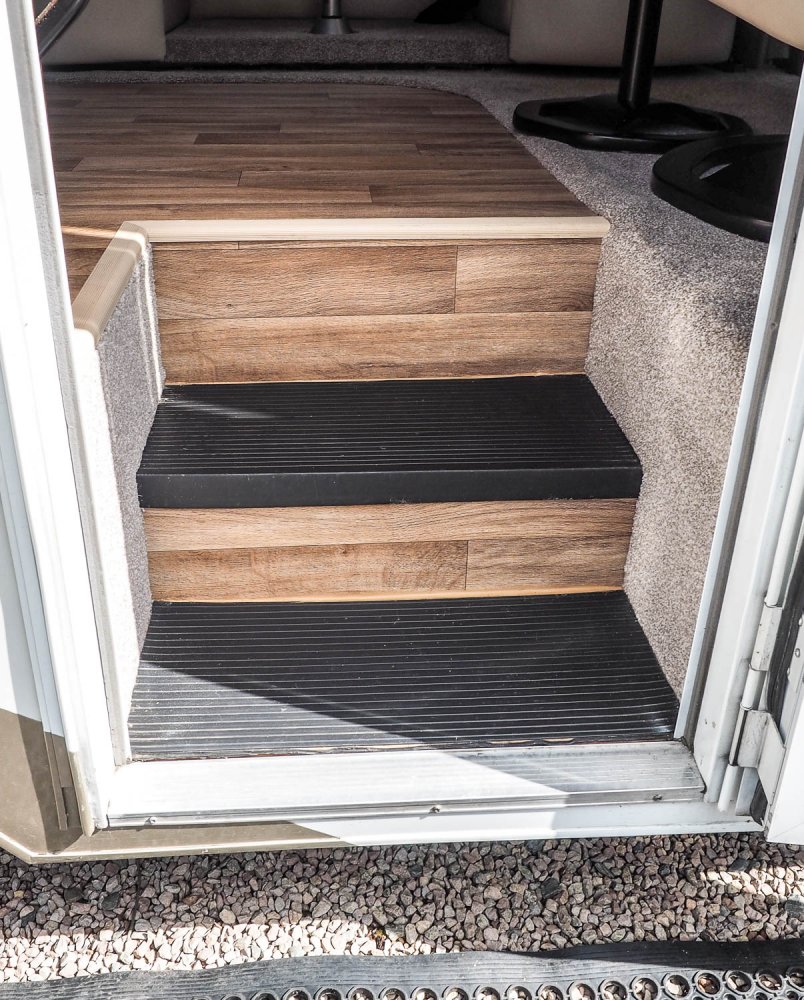 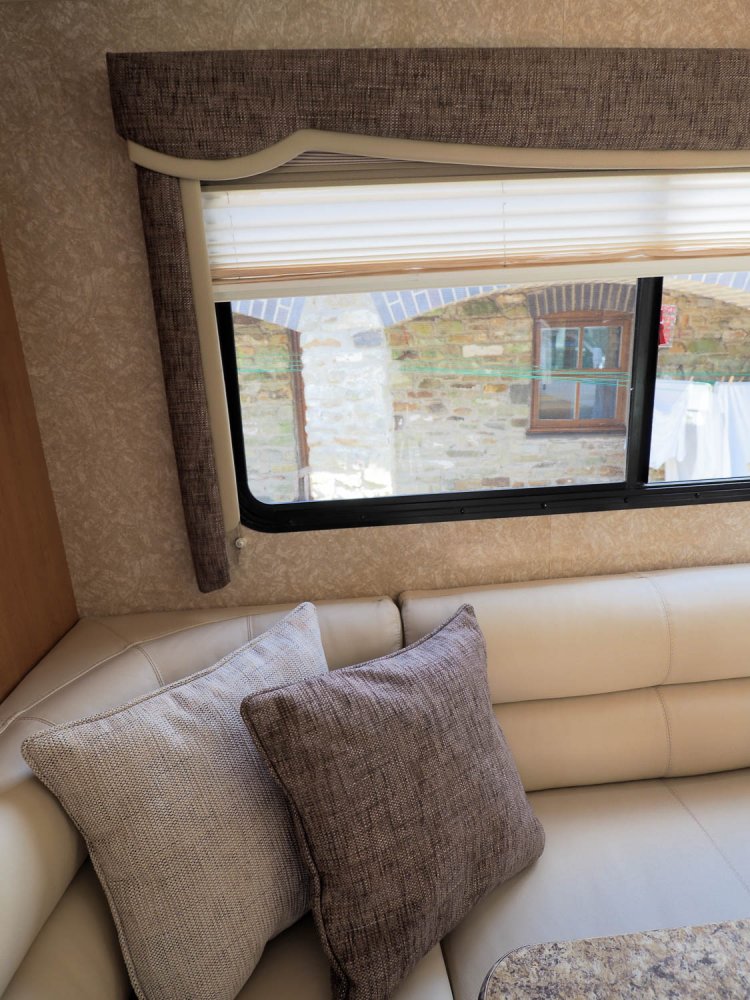 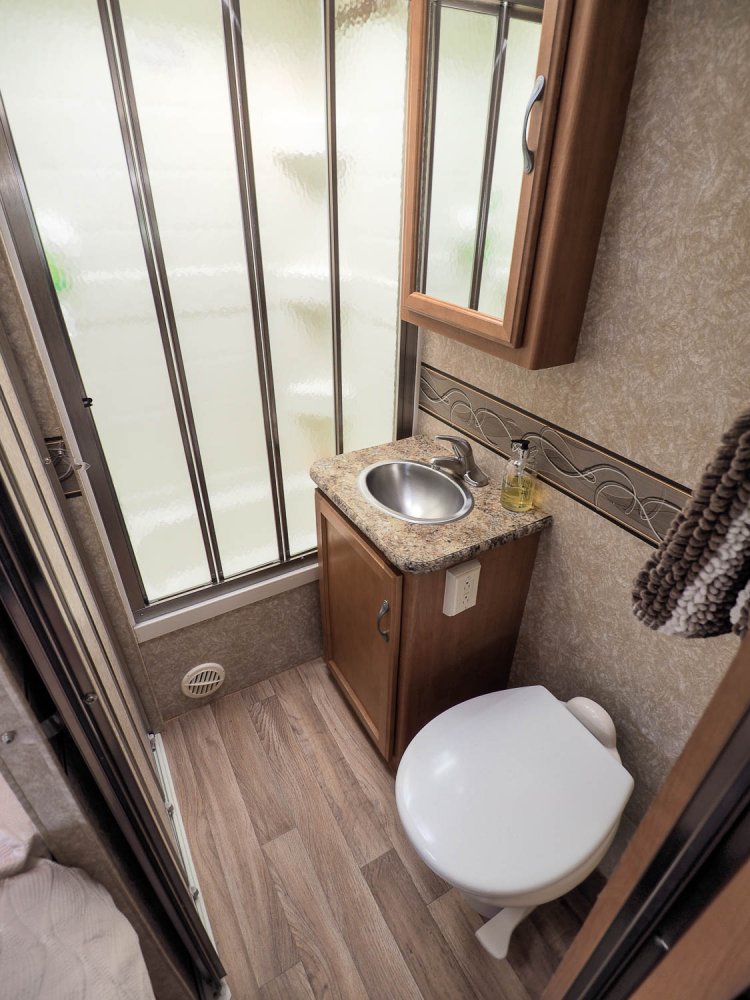 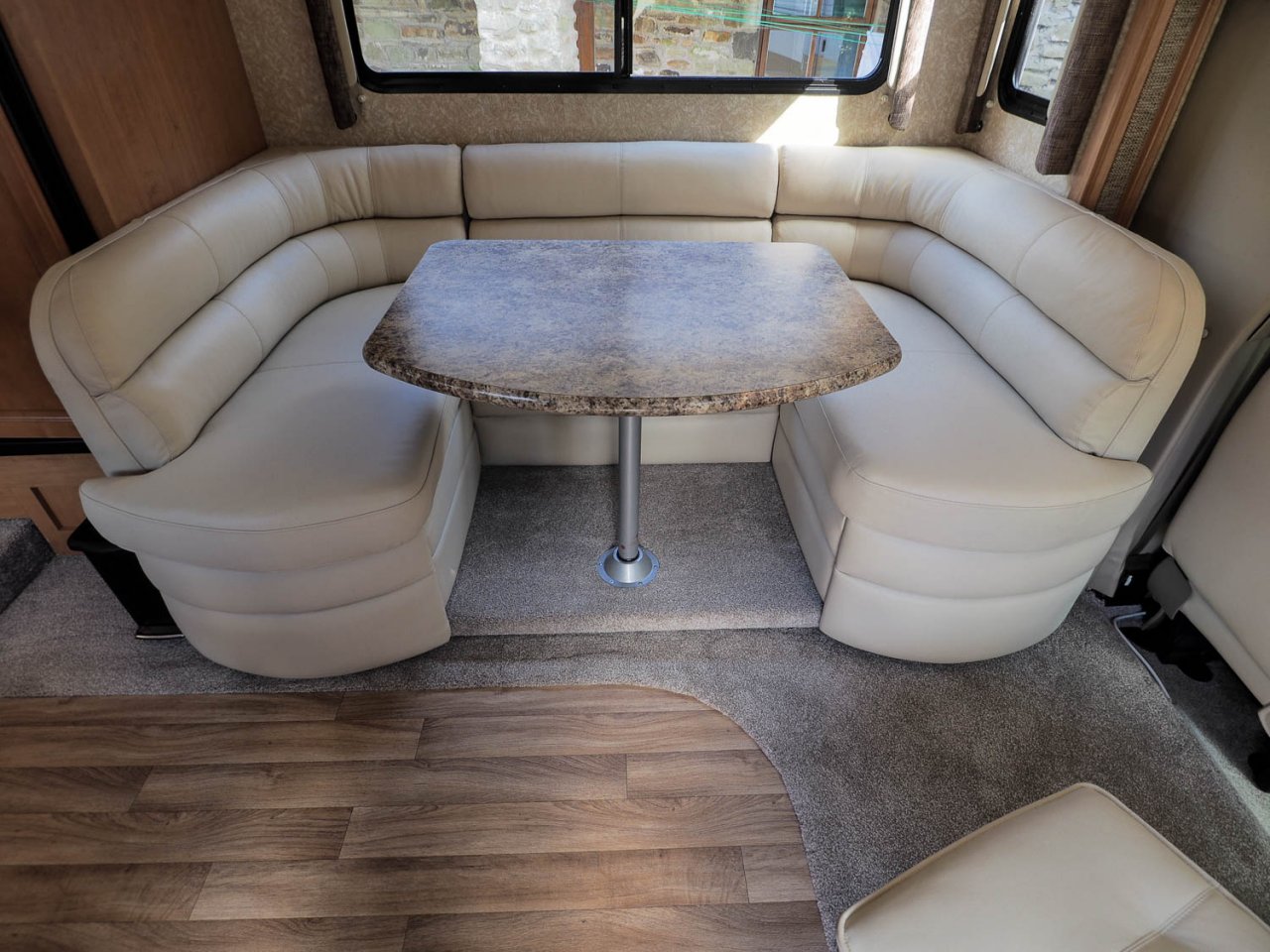 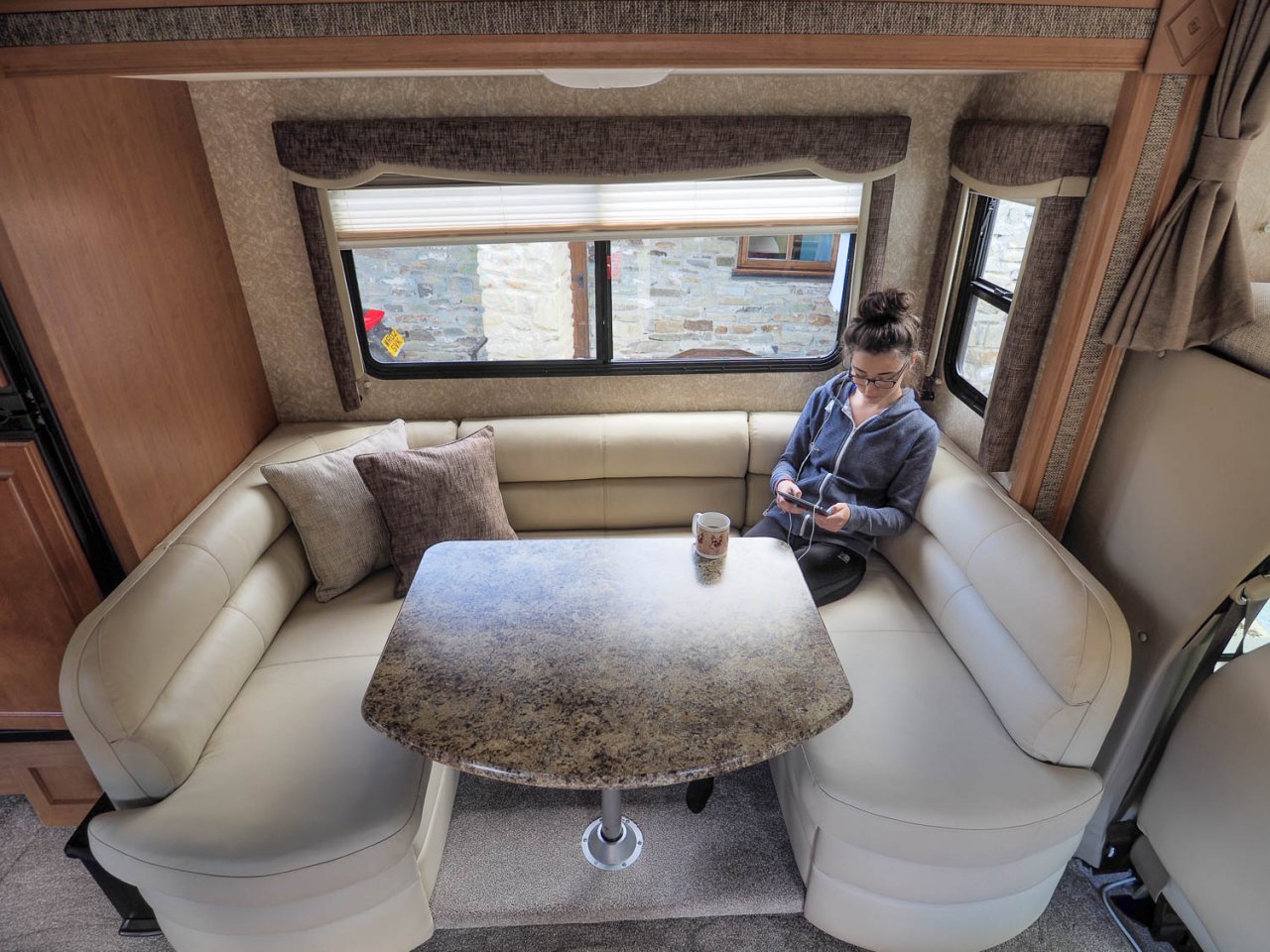 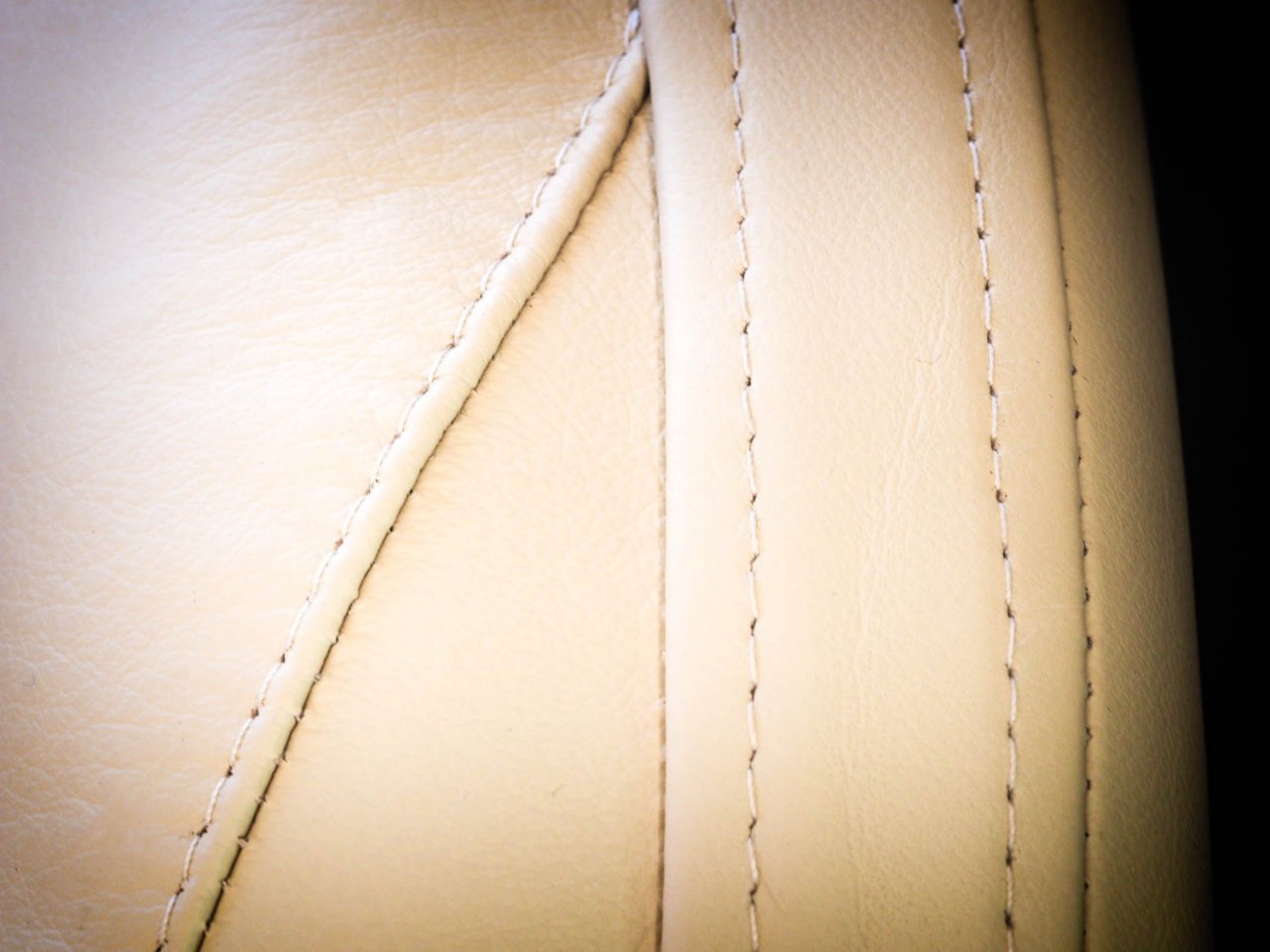 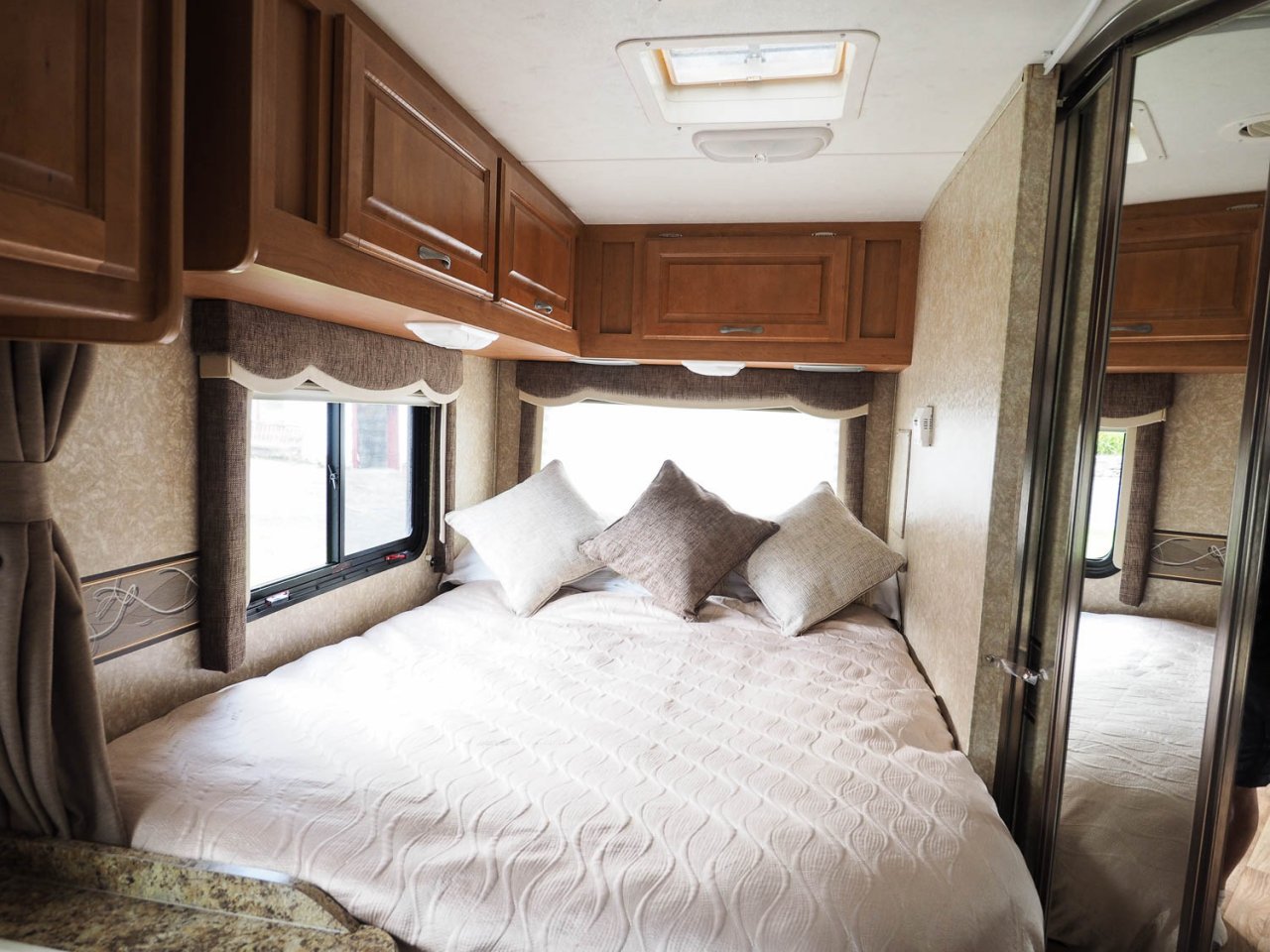 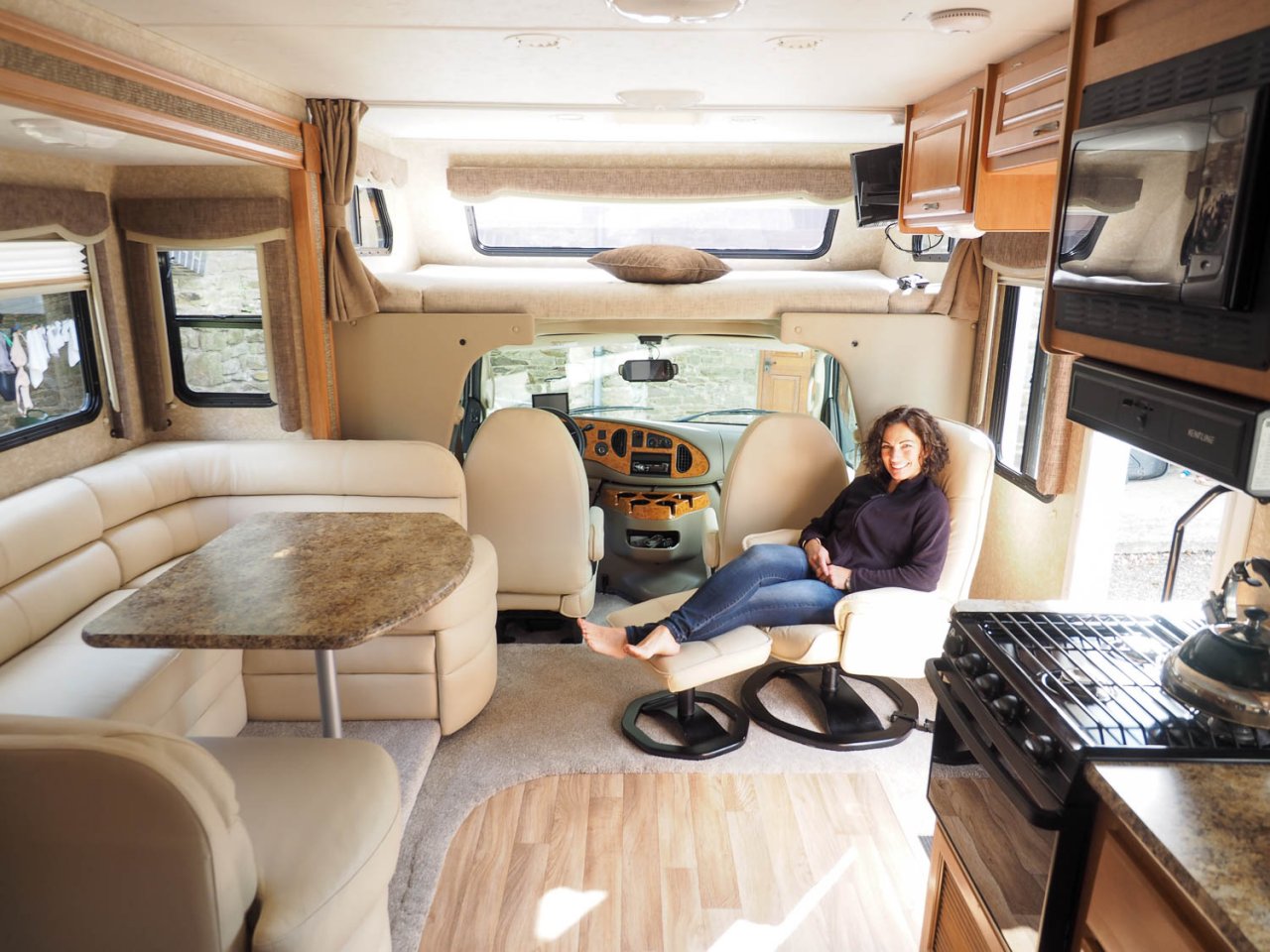 All this in a motorhome a foot shorter than a tag axle Autotrail/Rapido/Hymer etc.