Motorhome Alarms, do You Need One?

Motorhome Alarms, do You Need One?

Alarms are useless, more annoying than alarming, no one takes any notice of them so fitting one is a waste of money. This is a common opinion on motorhome alarms, but it does miss the point.  Even though a vehicle alarm is generally ignored, modern alarms are not to alert the public; they are installed to deter thieves, and they do.

From a variety of sources, we hear so many stories about vans being burgled, first-hand accounts on the forums, with plenty of stories in the press about campers who wake in the morning to find they’ve been gassed in their sleep. These victims of crime almost always have two things in common; their insurance claim always seems to be for £2000 and two iPads and they did not have a motorhome alarm!

So many people don’t fit an alarm and that is a good thing for those of us that do. My best guess would be that only 1 in 30 vans have an alarm fitted. If you have an alarm, then it is highly likely that 29 vans will be burgled before yours.

A thief looking at your van in the night, LED’s flashing; alarmed, it’s highly likely it will deter him and he’ll choose a softer target. It’s a fact that people with a properly installed and set alarm never get robbed in their sleep, at worst they are woken by the alarm.

These victims of crime almost always have two things in common; their insurance claim always seems to be for £2000 and two iPads and they did not have a motorhome alarm!

Fine, I hear you say, an alarm might deter most crooks but there are some determined/desperate/stupid thieves who know that an alarm won’t likely lead to their arrest because no one responds to them. Yes, this is true, some brazen crooks just don’t care and will try and steal anything. but they are not in the majority. Most thieves want an easy life and alarms are just hassle.

But what if you are unlucky and you are about to be robbed by someone who just doesn’t care? This is where a good alarm’s most important feature comes into play. The excruciatingly loud internal alarm. Most alarm installers do not fit one but after the flashing lights that deter most, the siren is your second line of defence and it is extremely effective in minimising any losses.

The noise the internal alarm generates is disorientating/debilitating. So much so, it is almost impossible to stay inside. Add this noise to the adrenalin already in a thief, and he will not be in the van for more than a few seconds. So rather than search your van and steal everything of value it will become a smash and grab.  And if you’ve read the [Motorhome Security Handbook] LINK that thing they grab will be of little value.

Alarms do work and you should consider getting one. However they don’t come cheap so it pays to shop around and find precisely what you want. Here are a few tips on buying an alarm.

Ask for a demonstration of the alarm, you want to know that it’s easy to arm and disarm, some are fiddly, especially to get into sleep mode.

If your budget runs to it; look for an alarm that will communicate with your phone and let you know when it is triggered. Preferably with a map showing precisely where it is and better still if you can have it alert more than one phone.

Choose a motorhome alarm system that flashes to show it is working, rather than one which loudly beeps or buzzes as this noise can make you unpopular on a campsite.

These are so much more important than external, (though you will want external as well) A loud internal siren is incapacitating and burglars will not stay long in a van with these screaming; leaving well-hidden items undisturbed. Internal sirens need to be very loud (well over 100 decibels) to be effective, so it‘s very important that internal sirens can be isolated for times when we leave pets in the van.

The biggest value that an alarm gives is one of deterrent. Warning stickers are good but in-your-face warning LED’s are better. So many alarms designed for cars which are sold to motorhomers; are not equipped with external warning LEDS. Of course internal ‘warning-I-am-alarmed’ are great in a car, flashing away on the dashboard, but in a motorhome, as soon as curtains and screens are in place burglars cannot see the vehicle is alarmed. You cannot have too many external lights. These should leave a burglar in no doubt that your vehicle is alarmed. This will push crooks toward softer targets.

Ideally, you should be able to lower the intensity of the lights when the motorhome is on relatively securer spaces such as on a campsite. The aggressive light that will deter a burglar can annoy your neighbours.

Lockers and exterior kit need to be secured

Lockers are an easy way into many motorhomes and should always be secured and alarmed. The best alarms also have alarm extension loops so you can easily secure exterior items such as bikes or trailers, bringing them under the protection of your alarm system. These loops are handy on site too as you can quickly loop all exterior items such as bikes, chairs and BBQs and have them alarmed overnight.

You need to specify a sleep mode. This should be easily and positively activated; if it is not then you will not use it. You should always sleep with this sleep mode activated, even on campsites. We get used to noise from outside, especially when parked up on motorway service areas or busy sites, this noise makes us sleep pretty soundly and this is one reason why we are more vulnerable to theft when we are asleep than we might imagine.

Good alarms have a panic button mode. Activate it and all the sirens sound. There are several scenarios where a panic button is a good idea. Especially when incorporated with a pager/phone system that lets others know you’re in trouble.

Choose the alarm supplier with care

Alarms have mechanical and electrical components and they involve a lot of wire runs all over your motorhome. While a good alarm should last as long as your motorhome, it may well require servicing from time to time. This means you must satisfy yourself, as much as you can, that the fitter you buy from will be around for a while and is professional enough to make detailed notes and photographs of your particular installation. Should something go wrong they need to know exactly where to go to put it right.

Just getting a Thatcham Approved Alarm is not enough. The Thatcham Approved check mark is given to the actual alarm and while Thatcham has an Approved Installer Scheme, the alarm quality assurance means nothing if it is fitted by a cowboy or a well-intentioned but inexperienced fitter or, just as bad, someone that’s not around to honour a guarantee.

Motorhome Alarms are expensive, before you invest do some research. Plenty of people have good and bad experiences with alarm system. Asking on the forums is a good idea. It always pays to ask your peers what they recommend. Remembering to discount the very top few reviews, that are normally wriiten by the fitters Mum and the worst review by some serial complainer. Somewhere in the middle will be the honest reviews.

Get into the habit of setting the alarm. Use it all the time, use sleep mode even when you are on sites. 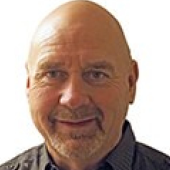 Jim has been motorhoming for over 30 years. He has toured Europe extensivley with a family in all sorts of motorhomes from panel vans to 36ft long American giants and most things in between. Jim is a founding member of MotorhomeFun.

Smart TV for Your Motorhome

What is the best data SIM card for me?