A picture of where it needs to go would be more useful to us?
OP

Too many variables to answer.

How big/heavy is the intended tv
where in the motorhome is it being fixed
does it have to swivel or will it be fixed in one position.

Something like this would do the job but any bracket is going to have to be screwed to the cupboard side wall.
the vans outer wall is not strong enough to carry that much weight on a few screws. 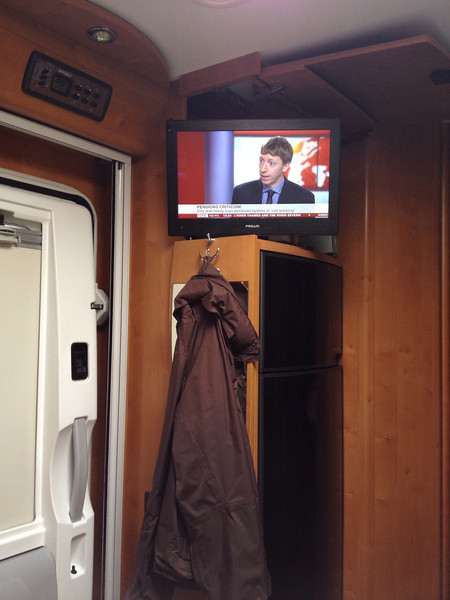 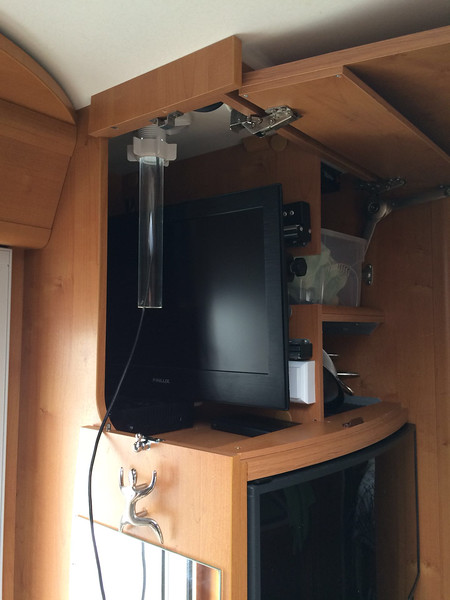 My first van was a crapioca.

Tv cupboard was above the dinette and that was the only seating so watching tv was literally a pain in the neck.

I abandoned the tv position and used the cupboard for other things and the tv was simply stood on the kitchen worktop and strapped flat to a seat cushion when travelling.

A 19 inch may fit at 45 degrees but will still stick out too far to close the roller shutter door when travelling.
OP

Instead of putting it in the cupboard why not mount it on a bracket underneath? You could mount it either on the bulkhead between the seats on a removable bracket (1st photo) then if the seats are used for travelling then the bracket and TV could be removed and stored elsewhere in transit, or under the base of the cupboard itself with a bracket which folds down (2nd photo).

Cheers for the info

That would give me neck ache.
Show hidden low quality content