Exp
One year. A whole one!

Well, it's been one hell of a weekend!!

I tried fixing this with uprated rear leaf springs (an extra 5th leaf was added) and although this improved the ride and handling considerably, he still seemed a little rear-heavy.

So I decided that he needed air-assist. Being an old Mercedes 410, I was told repeatedly that you cannot get bags for these models anymore. But I persevered and eventually got confirmation from Steve at Conrad Anderson that VB still hold stock for these in Germany.

I wanted an 'in-cab' system that allowed me to make adjustments at will. Although this was a fair bit more money, it's already proved to be well worth the extra cost.

Steve and I agreed a date well in advance and off I trundled with Udo up to Birmingham.

We all know how fickle life can be at times. Prior to taking Udo out of storage, my storage company advised his main engine battery was getting a little weak. So I kept him on EHU until we set off last Thursday morning at 5am. It was Udo, myself and my 3 year-old daughter, Alice. 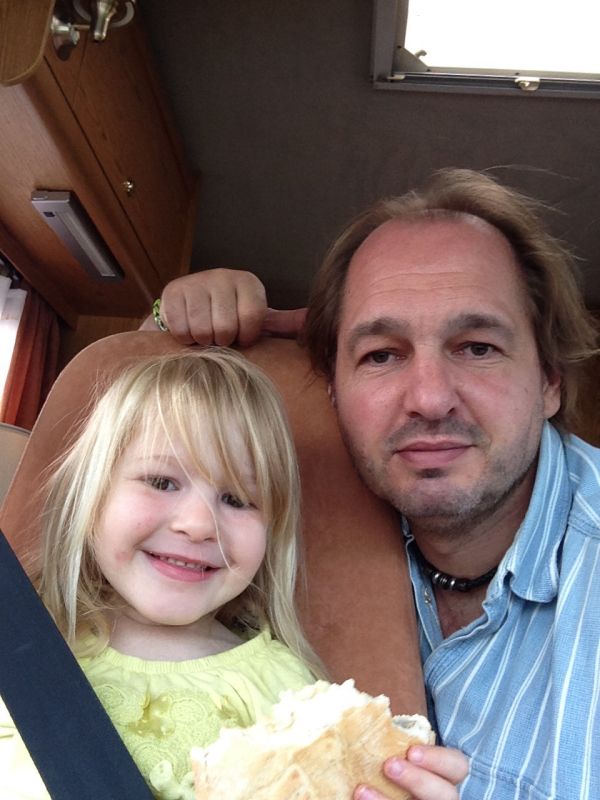 We stopped at Warwick Services for a coffee and a sausage sandwich (the remains of which you can see Alice holding...). We'd only stopped for 30 minutes but in that time, Udo's battery was as flat as a flat thing on a flat day. Just a brief click of the starter solenoid and that was it. Bugger!

Luckily, I own an Anti-Gravity Battery. It claims to be able to start a 4.0 litre engine repeatedly from dead, plus charge laptops, phones, etc. So I plugged it onto Udo's battery and the bloody thing worked brilliantly!

I'd ordered a new Bosch battery and had it with me, but no time to fit it. Steve got that in as well. I don't think he had much choice as Udo died twice in his yard...

We got to Conrad Anderson at 8.45am and met Steve. Alice was rather taken with Steve's garden (this isn't some industrial-estate dealer and don't let the looks deceive you - Steve knows his stuff!) and the snails she found. And the footballs.

So we left them to it and went away in a hired Astra for the day to have lunch by a canal and watch the boats... 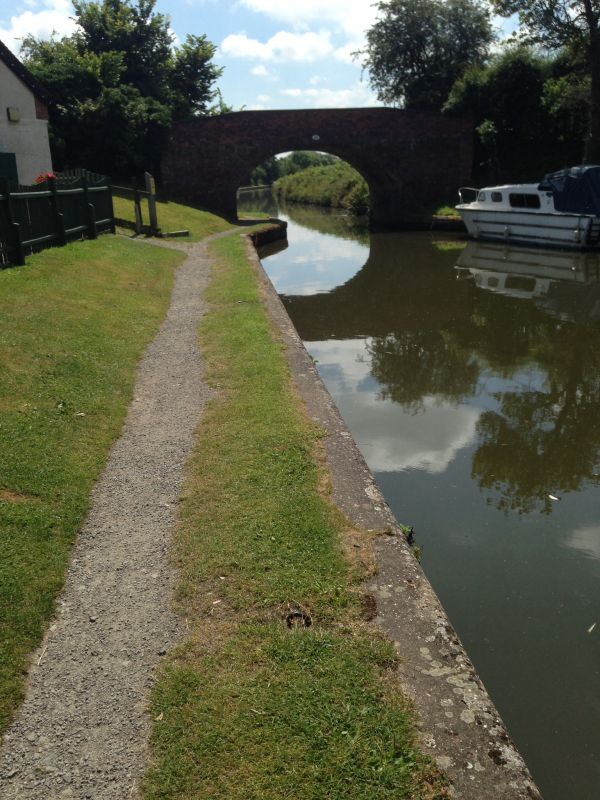 We arrived back at CA at 4pm, but due to a fitter being off sick, work hadn't started. We agreed that Udo would spend the night there and we'd stay with him. Work began soon after to get things moving as we had to be away by midday the next day. Steve had free EHU and the yard was secure. I think Alice rather enjoyed the stay as we had time to pop off to the park and play in the hire car in the way only a 3 year-old can... Udo was mid-way through the work as can be seen. Great protection for the thunderstorm we had that night, too! 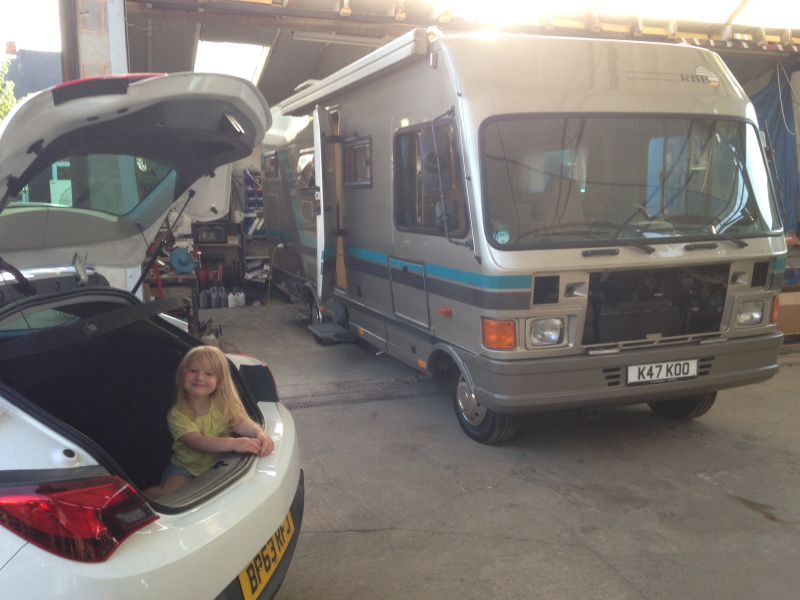 So, Friday started off early with work resuming promptly and Alice playing happily in Steve's garden.

The air bags working for the first time. They've made a HUGE difference! 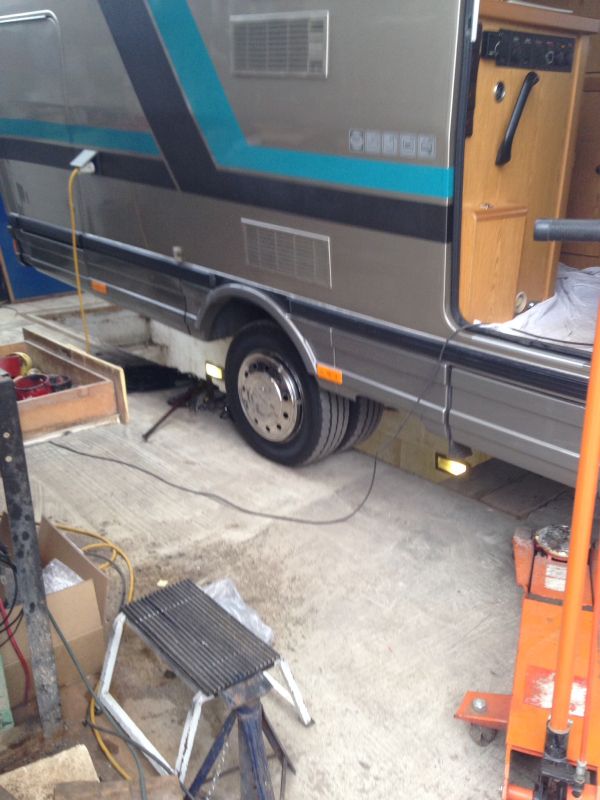 With the work completed and the in-cab controls mounted just below the dash for easy access and viewing, we set off to a CC site at Moreton-in-Marsh in the Cotswolds. It was a joint 50th birthday surprise for a good friend of mine (Alice's godfather) and a belated Christmas present for my wife, Clare.

I'd arranged hire of a Jensen Interceptor (440 engine) and a Series II E-Type coupe. 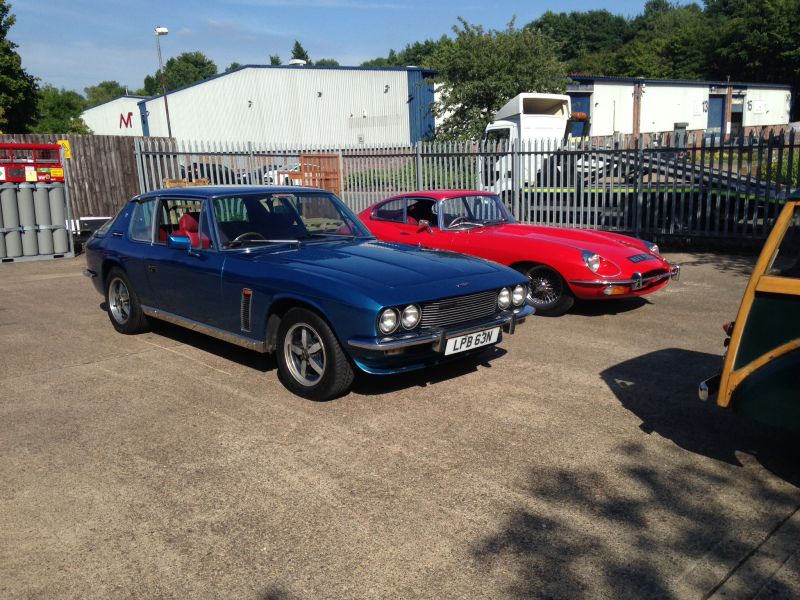 The Jensen was captivating! The 30 mile drive back to the campsite about the very best drive of my life. That 440 engine just grabs you on so many levels. So torquey, smooth, burbly and yet refined. 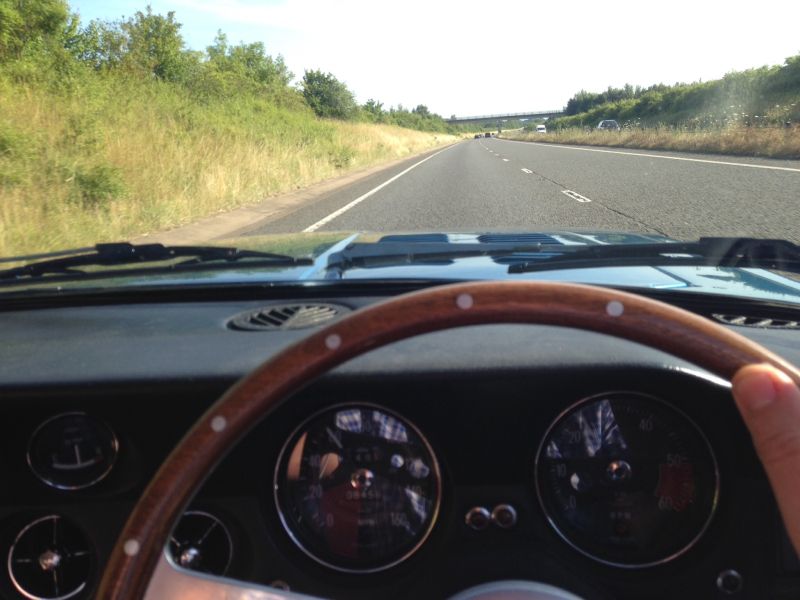 Even better with a red E-Type hunting you down. I was told the E-Type was quicker, but we proved the Interceptor could pull away with the E-Type struggling for pace.

Then, when we arrived back at the campsite.... smoke. Lots of it!! Burnt oil, a horrible noise and a very quick engine shutdown. Fluid everywhere! The Interceptor was dead. Life doesn't get much lower than that.

So, what to do? Well, the hire company collected.... 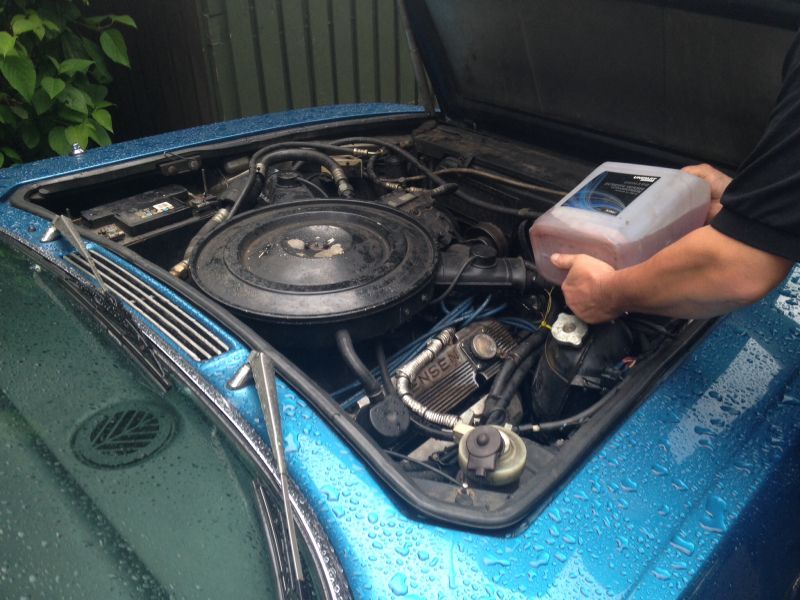 And left us this.... A V12 XJS Convertible. (Cough! Udo's rear end can be seen looking much better and a lot more level than before) 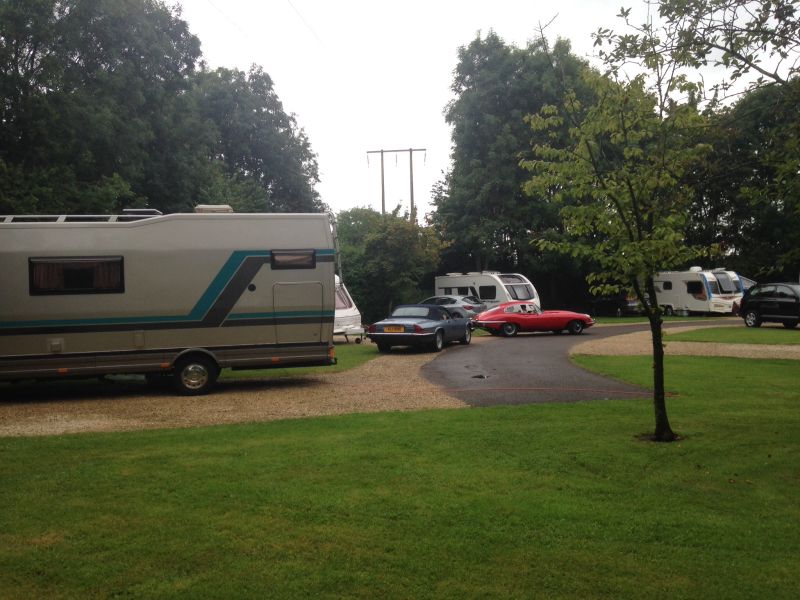 Alice is crying because she's desperate to go for a drive. She's a true petrolhead! 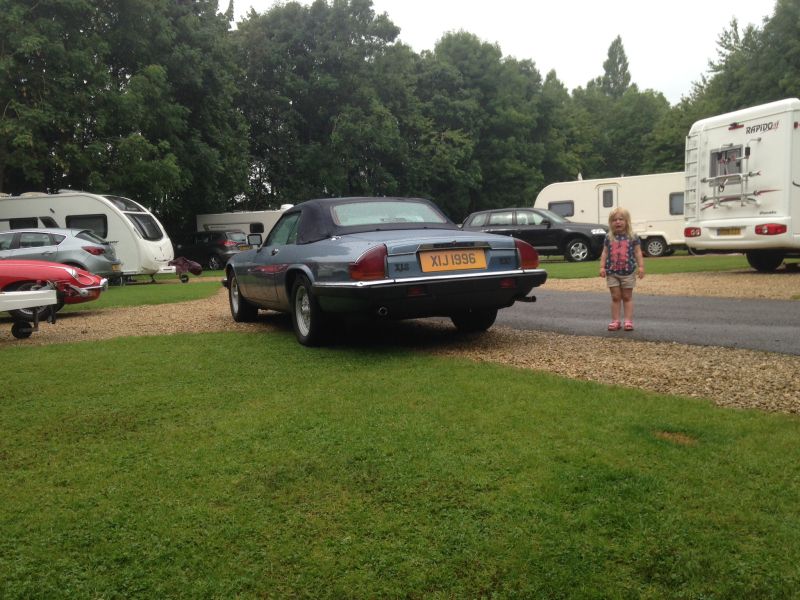 I wasn't taken with the XJS. Too lame for me. Too quiet. Too uninvolving. I desperately missed the Interceptor. I was scared sh*tless about driving the E-Type as I feared it would bite me...

This is Clare driving the E-Type after I had a long stint in it. And you know what? It lives up to its name. It's a big pussycat! So docile yet able to turn and pounce whenever you want it to. 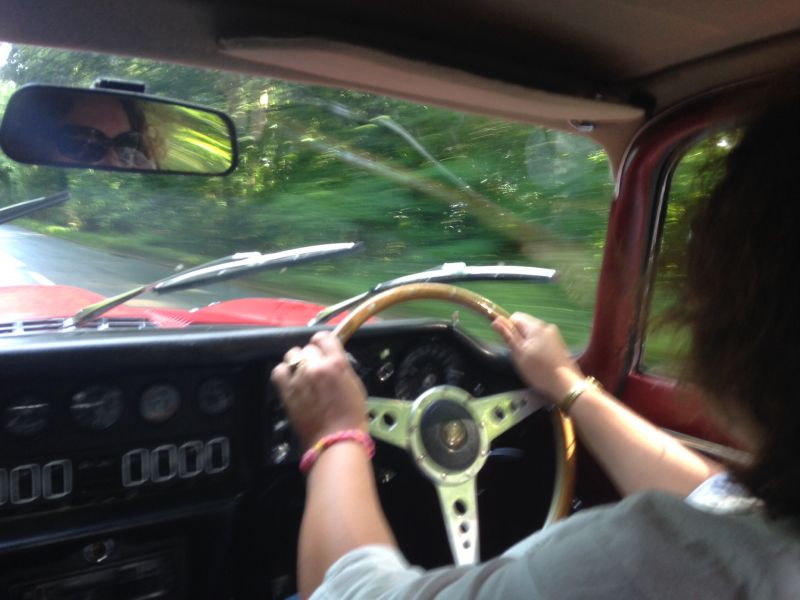 The E was one of the best cars I've ever driven. My heart is with the Interceptor, but the E-Type just delivered so much! Amazingly easy to drive, so smooth and yet so involving on every level. And the noise! Not quite a 440 V8, but close.
Last edited: Jul 21, 2014
Show hidden low quality content

Hymer Exsis-I rear bumper removal - how to guide with pictures.