Thule have changed the simple hook end on winder to an inserted T arrangement so it looks more streamlined I assume.
My awning winds in and out fine but I cannot remove winder from gearbox without loads of Jiggling pulling, pushing and swearing.
Does anyone have similar issues and will removing gearbox cover enable me to sort this issue out.
Very frustrating as I can see the day I will have to drive home with the winder hanging from the Van.

there is a real knack to it that Rose Awnings showed me, I mostly get it first time now but not every time

John Rose has told me has folk turn up with them gaffer taped to the side of MH when they cant get them out, one even came from south of France like that, you are not on your own

Isn't the hook a Fiamma thing? As far as l remember Thule / Omnistor have always had the T?

I had the same problem removing mine. The technique appears to be to make sure the rod is directly in line with the socket, push up, then turn CW, then pull down. The most critical part is keeping the rod in line.

I feel better knowing it's just not me who struggles.
I will follow your advice and take more care re alignment etc. I hope that's the answer.
I have emailed Thule so will be interesting what they have to say.
Thanks for the advice.
Roy

I have the same problem. You have to get the angle of the dangle correct when you are pushing it in and twisting it (as the tart said to the vicar).

Peter is so right, just been doing a hand over with Bev who is borrowing my MH next weekend 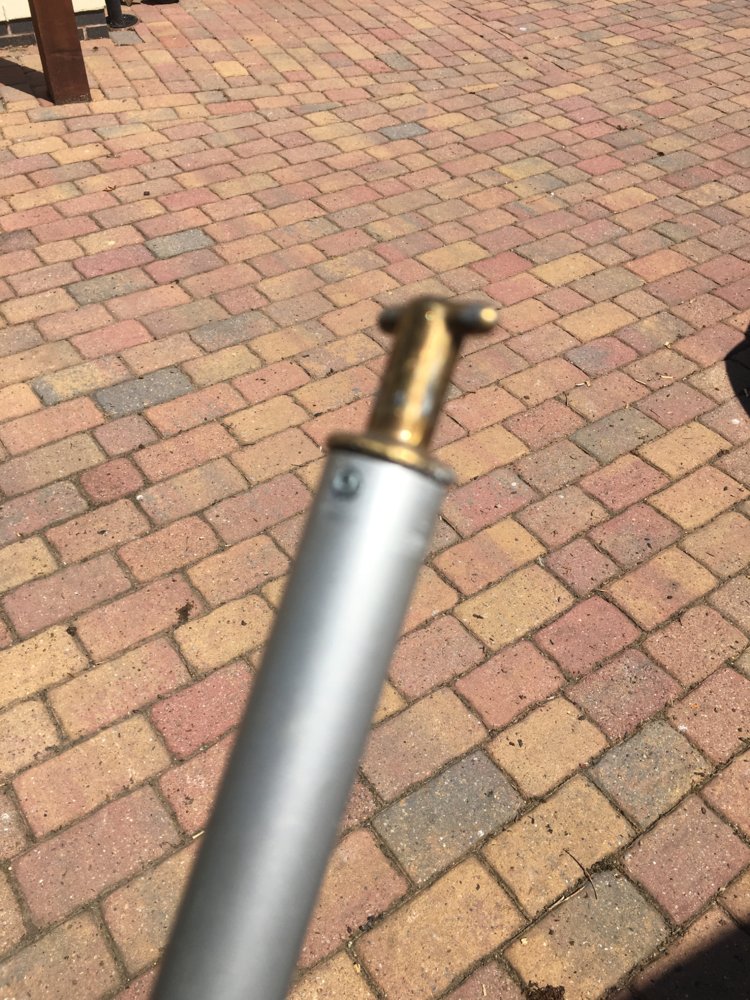 So back to tutorial with Bev, she wanted to check she knows how the awning comes out so I let her do it while I monitored

Bev couldn’t get the pole in let alone out

I have now realised that I always stand to the right of the winder fitting, effectively under the awning as it comes out. Bev was trying from the left which may have hindered

We now have it in and start to unwind, luckily it did as we have been warned what often does particularly on the longer awnings. The far end didn’t come out of the case. Wound it in again and restarted still the same but good old third time lucky out it popped

But then again we spotted as we had been warned if the release isn’t clean it will then not come out square which it didn’t. So did as told wound back to case, not right home , just up to it, the go again all now straight and correct 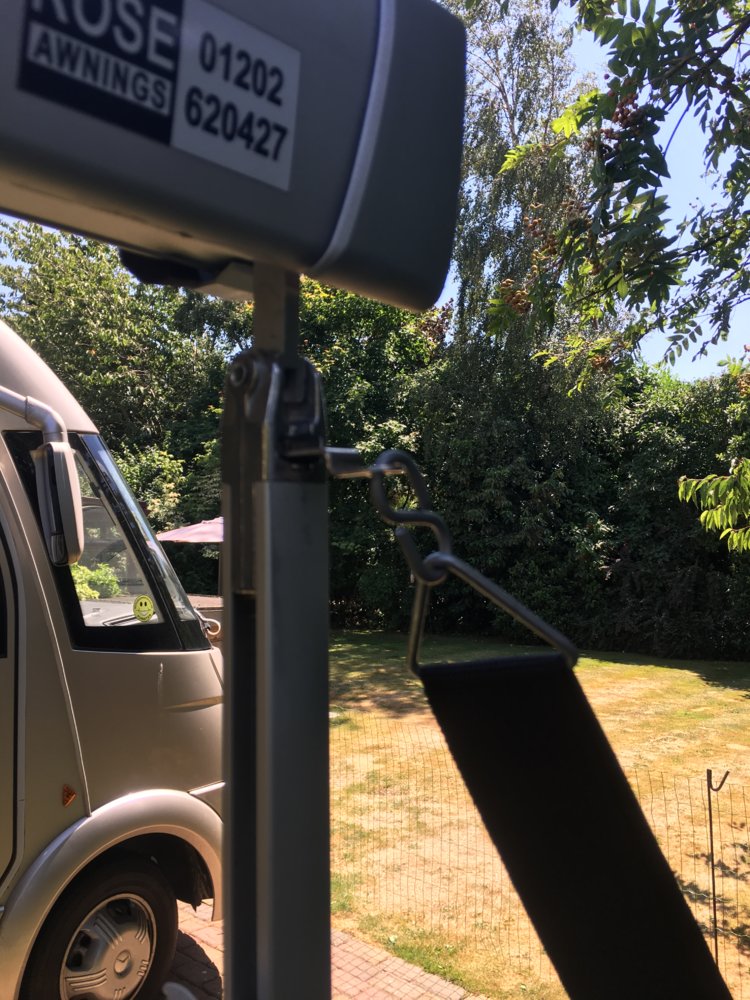 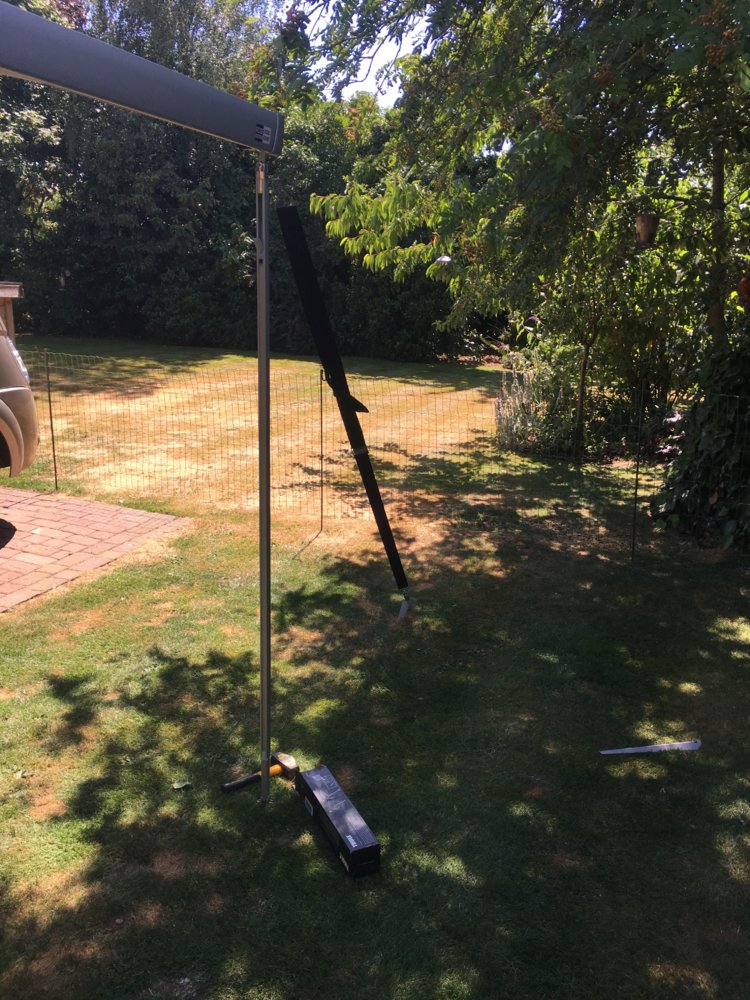 If not at the right angle which is probably greater than you think it does not come out easily, I have also noticed that on mine the fixings for the end piece oppose the adaptor, so when turned across the opening the pole will release 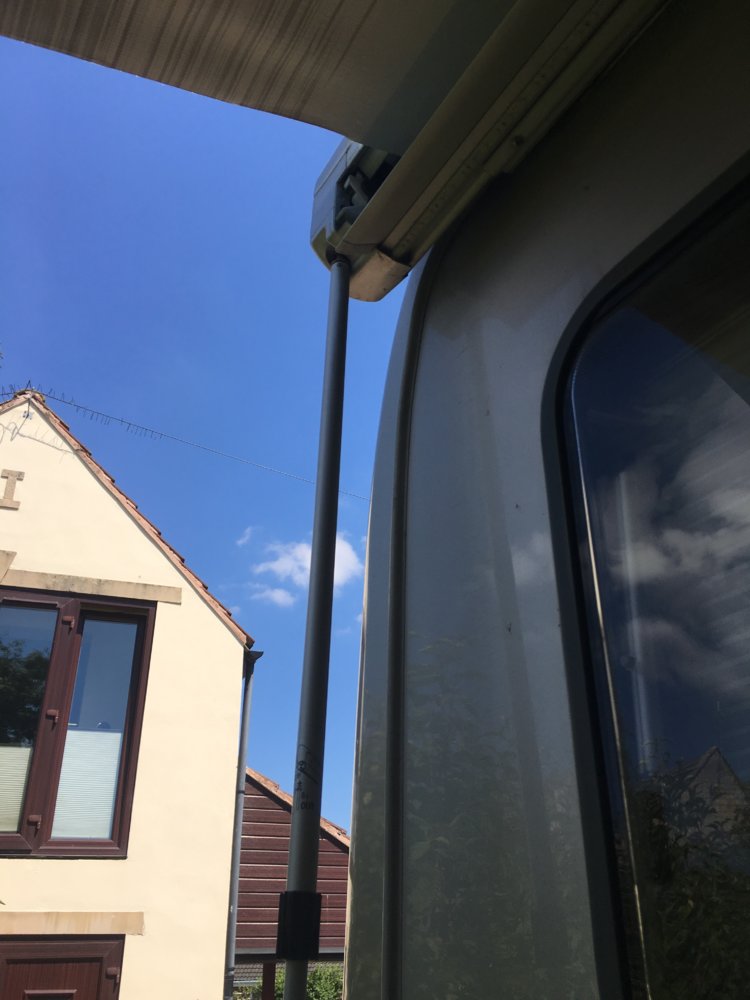 As above it will never come out, at least means you can leave while doing other things and it won’t drop out

Lift out to nearly 45 degrees which is actually in line with the fitting,

turn till in line with slot and out it pops, I can now do it one handed 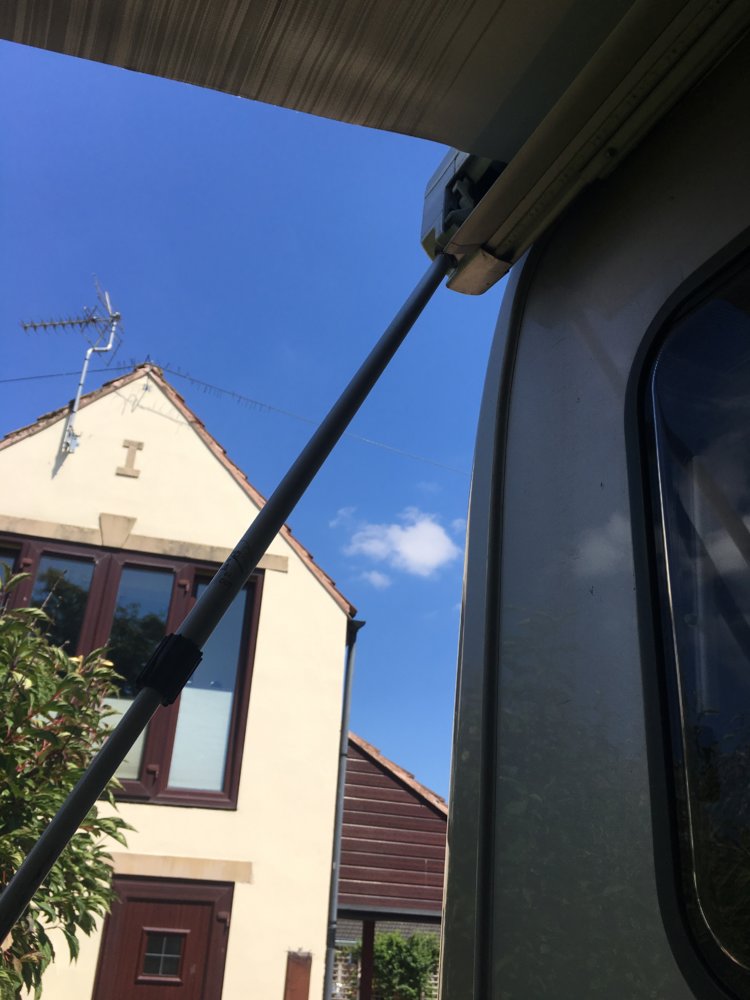 Well despite all the good advice on here I still struggle but Janet (wife) gets it first time every time. I just don't get it.

Your not the only one mate!!!!

I've had four Omistor awnings since 1994 and sometimes had a few issues removing the winding handle, I've a 2021 and after following all the instruction it's impossible to remove the winding handle, I have to open out the awning remove the handle, reinsert the handle so the pins just catch the slot and carefully rewind. A poor arrangement for a expensive equipment.
Show hidden low quality content