Smev oven not working which made me find a potentially dangerous fault.

We went away for a few days over new year, visiting family and friends in Norfolk and Suffolk. had a mains hook up at both places.

We wanted to use the grill in the eye level Smev oven but it refused to light and no gas appeared to be getting through, although the MH was on reasnonably level ground I re levelled it using the std plastic chocs, all to no avail, the heater worked which it won't if not pretty level.

Now the surround has always stuck out slightly at the bottom and when I put a level in the bottom of the oven it was obviously several degrees out of level to the rst of the MH, the design of the oven means it is mounted using 8 spacers and 4 right angle stainless steel strips which screw to the wooden surround. on closer inspection it was obvious that someone had decided that this was all that was needed and no account was taken of the fact that the rear of the oven needed any support due to the weight. when I reinstall it I'll be putting a couple metal strips on the shelf below to keep it level and using the screws in the surround to keep it from sliding out, The shelf below only has 3 fixings which makes it even more uneven.

none of that is potentially dangerous, but when inspecting round the outside of the oven I found that who ever did this had also not bothered to connect up the flue pipe ! see picture below. not only did the flue pipe not join it was out of line, only found when oven removed. I apologise for the poor quality picture as it was taken on my phone through the 6mm air gap surrounding the oven. another job to do after obtaining a longer flue inner pipe. 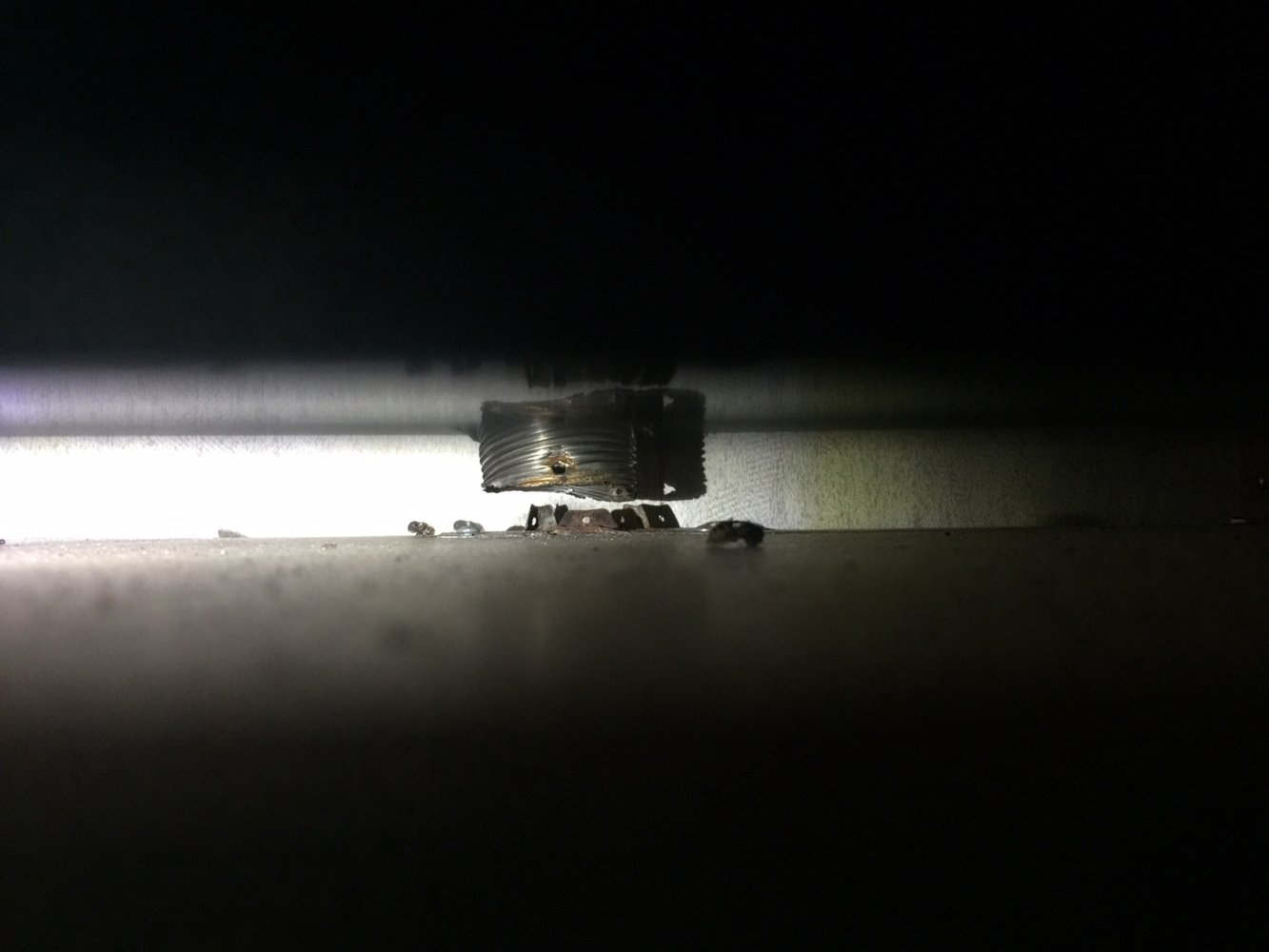 oh BTW the reason it was not working was that the gas was turned off on the otherside of the MH at the mains taps for each gas item.. having seen the flue and the fact it was winter so had doors and windows closed may have been a blessing.

ONLY INSTALL THE TYPE OF DUCTING AND FLUE DESCRIBED IN THESE INSTRUCTIONS WHICH CAN BE SOURCED AT SMEV OR TRUMA RETAILERS.

THE FLUE AND FUME DUCTING MUST BE POSITIONED AT A SAFE DISTANCE FROM MATERIALS WHICH ARE NOT RESISTANT TO TEMPERATURES OF 120°C.

http://www.jacksonsleisure.com/content/pdf/dometic/fo211.pdf go to page 129 for diagram.

How to crack open a Smev 3-burner hob?

J
Removing an Smev oven from a Fendt K400 (Hobby)