I have just read on the Morning thread the very sad news that Sue @dippingatoe has passed away after her brave battle with Cancer. Though I have never met her I have talked with her about her amazing blog "The world is my Lobster" a brave lady who followed her dream along with her Great Dane Phoebe
RIP Sue you will be missed.

Where ever I lay my hat

Sad news, I didn`t know her but was reading her blog recently and had no idea she was ill.
There seem to be so many blighted by the curse of cancer recently.
RIP

Very sad to hear another has succumbed to this disease. RIP Sue.

RIP Sue. Really sad to read the news. I hope young Phoebe has got someone to care for her.

Ahhh so so sorry to hear this RIP Sue,
we had the privilege of meeting Sue a few years ago at the balloon fiesta in Bristol.

Being diagnosed with terminal cancer is a funny old thing – and I mean that in the funny peculiar, rather than funny ha-ha sense.

When I was first diagnosed someone I knew said ‘Well – Life is terminal anyway!” Which at the time felt not particularly helpful. We all know our years of life are finite, but we tend to tuck this thought away in the back of our minds. Even though anyone who has ever attended a church funeral will know that – Man born of woman has but a short time to live…… etc. – And of course that applies equally to woman born of woman. According to the internet, the current statistic for the disease says that one in two men and one in three women will be diagnosed with cancer during their lifetimes.

Each and every human being wakes in the morning unaware if they will see the next day, but we happily live our lives totally unconscious of this thought. And of course that is the only way to live.

But, much as I fight against it, I have found my diagnosis has changed my life – not only in the obvious ways, but in subtle ways. For a start it colours all one’s decisions. Without it one carries on as normal, but with something serious hanging over the head, like a sword of Damocles, each and every decision has to be re-thought.

Before last year I had intended to travel as far as I could, and was on my way to Morocco – driving down through France and Spain to join a guided tour which would have involved my driving Thebus over the Atlas Mountains, camping in the Sahara Desert, visiting local villages and souks, seeing Marakesh, Casablanca and lots of other places over a period of about eight weeks.

I had also joined a group called The Silk Route, and another The Overlanders, intending to see how far East I could get. To my mind the name Samarkand is so evocative! But now? The doctors seem so very doom-laden that I worry what would happen if I was ill whilst travelling, not only for me, but for Phoebe.

I would comment that the very diagnosis of ‘cancer’ is like a Ju-Ju man of some ancient tribe putting on a curse – and because the curse had been uttered that person just faded away. If I cut my finger, without a second thought I just expect it to heal – and the opposite when the diagnosis of cancer looms.

In my case it not just a diagnosis of cancer, but I have been made to understand that any and all treatments I might be given are purely palliative and I have (in medical opinion) no chance of surviving to five years (the official time-scale for having been ‘cured’)

I have so enjoyed travelling and really don’t want to stop, but what about Phoebe if I am taken ill on the road? Even in Europe? And outside Europe what hope would I have of getting medical insurance for myself to cover any trip?

I try to stay positive – but it is not always easy. As I say – just the diagnosis changes everything.

But perhaps the very changes I am being forced to make may ultimately be for the best. As I have said in the past – If you hold a glass of water tight up against your face between your eyes you cannot easily recognise what it is, even though it is in front of your eyes. But viewed from more of a distance it is easy to focus clearly, understand, and quite literally, get things in perspective. So for the moment I just go with the flow and make the best of what I can have and enjoy, and wait to see what life will bring.

Thanks @Riverbankannie
I wonder what has happened to poor Phoebe, hope she's being looked after .

Always so very sad to hear of someone losing their battle with cancer. I didnt meet you Sue but RIP xx

We were never fortunate enough to meet her, RIP Sue.

Exp
Since June 2014 - learning something new all the time

What a lovely lady, RIP.

Sounds like she had a wonderful zest for life and I'm full of admiration for her driving an RV and having a Great Dane dog!
Sounds like she lived her life to the full while she could.
Something we can all learn from.
Thank you Sue we never met but you so had the funster spirit of adventure.
RIP

Always sad to hear of another passing, rest in peace Sue.

We regret never having met Sue. Having read most of her blog ai am sur she would have been great company. RIP. 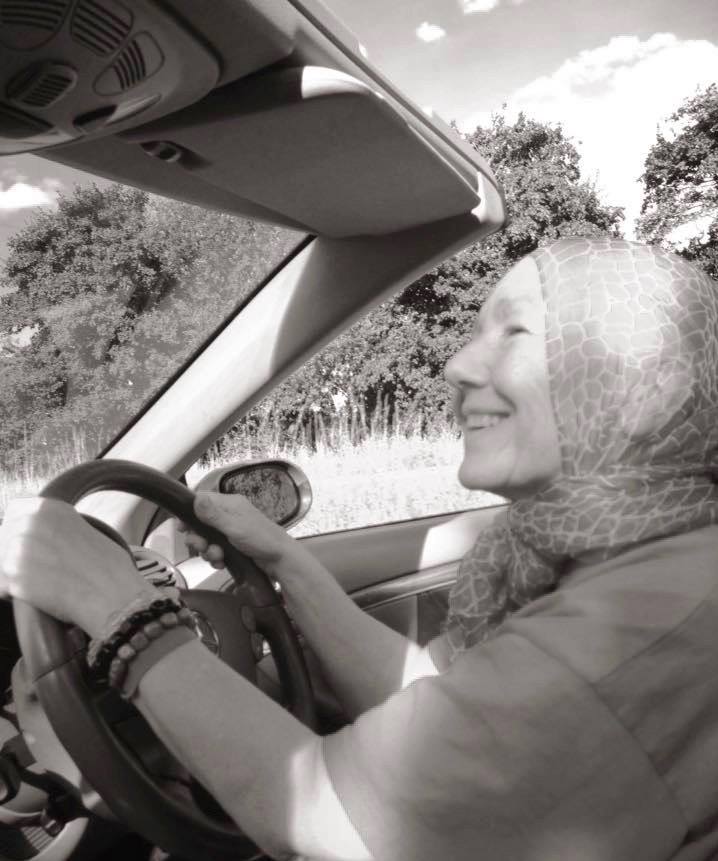 Rest in peace Sue. God speed on your next journey.

Balma (next to Toulouse) France

Langtoftlad said:
Thanks @Riverbankannie
I wonder what has happened to poor Phoebe, hope she's being looked after .
Click to expand...


Phoebe has been re homed and now lives happily with another great dane who is her cousin in fact.
Knowing she was going to loose the battle she gave Phoebe a house SHE had chosen.

I am in contact with one of her best friend Sally who did a lot for Sue and helped her in her everyday battle, although I had been in contact with Sue about a month ago, I was told by Ken (Munchie) she had passed, so if you want to leave a word... let me know. Sue spent quite a time at Parc Verger, and wanted to buy a house there.... Her dream vanished as she was diagnosed with cancer quite quickly after we got in touch with the French seller.

I met her at my place when she had troubles with her bus. She stayed with me a few days so we could sort her out and she became a friend.

RIP Sue... I bet your first Phoebe is now jumping in joy next to you!

Exp
quite a few years now, and loving every minute..

sad to read this, sue was certainly a remarkable lady and fought this awful dis-ease with great courage, rest easy now..

I was so full of admiration for Sue from reading her blog, sorry to never have had the chance to have met her in person.

A lady who took everything in her stride. We met when stopping at Parc Verger, phoebe at her side. A lovely week in the sun with a special lady, RIP Sue.

I never met you Sue but just reading your blog , you have made a huge impact on me , RIP you wonderful woman.

T
First trip away.. Normal or the new reality

At Last Found It!, Been driving me mad, so it has.