I have always recommend these aerials because they are, simple, relatively inexpensive and work well

The Necvox comes with nearly 5 meters of cable, has a strong magnetic base and a small rubber attachment to allow the cable to be passed through a door or window, which can be closed (pic)

This is how I use mine :

Generally the Necvox is kept in it’s box whilst travelling from home, once I arrive at my destination it will be put on the van (more on how below) and there it stays until I leave to return home and I drive the van most days whilst on my trips
I’m happy driving around with the aerial attached & it’s never been a problem, the magnetic base keeps it secure. I know of people who have theirs permanently on their MH roof.

I’ve slightly modified mine, by inserting a length of flat co-ax cable (pic)
This has velcro which holds it to the top of the door jamb (2 pics, velcro circled in orange). This allows the door to opened & closed without disturbing the cable

Final pic is Necvox in situ

Hope this helps, I have no tie up with anyone who sells these and am just a satisfied user – I have tried the similar looking and much cheaper August aerial and it picked up half the number of channels and the signal strength was about half that compared to the Necvox

I’d be interested to hear what I others use 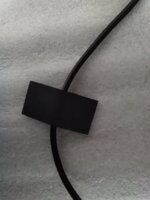 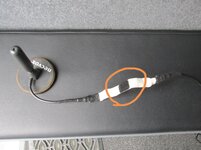 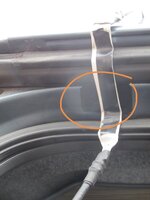 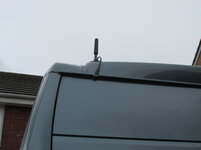 Same here, I got it of ebay for 25 quid. Not sure if is a copy, but is identical, even the cable right on 5m. I leave mine on the roof and cable in via back door. I use a max view booster for those areas with weaker signal. I made the choice, upon reading on a boat forum. They swear by it. It has been good all over UK, EU, except Scotland. Some areas in Scotland had nothing.