With the latest rise in fuel prices.How can we squeeze more miles distance per gallon from our motorhomes ? Careful driving at aMax 60 mph ?Or maybe a
Chipped engine ? Additives ? Has anyone out there any tips ?
S

MH
A class RV and Autotrail

Hi
Your engine uses the least amount of fuel at 56mph so sticking to that will
reduce fuel consumption to the minimum without fuss.
Personally having driven a large vehicle slowly all-day at work i just can't
do-it.
Example....home to watermouth cove-Devon 1 tank of diesel = me driving

Perhaps get the ladies to do all the driving while us blokes drink beer and
navigate? saves the cost of a sat-nav to

I use overdrive at all times except when using the gearbox for braking on hill.

lugnutt said:
another way of saveing fule is not to use your cruise controll as it canot see inclines as well as your foot can
dave
Click to expand...

I use my cruise control all the time,

I do 90kph up hill and down dale I won't tell you what the MPG is as I don't like to see grown men cry.

I get the best fuel returns at 55 to 58 on cruise control
My favourite speed is 65ish it just flows along beautifully but does use a bit more fuel.

No one gonna say what they get:secret:

Road Runner said:
No one gonna say what they get:secret:
Click to expand...

How about a short one?

ror...i know you left me for dead on the m42 i stuck to my 55 mph an got there befor you:thumb: ok so you stoped for fule but if you kept to 55 mph we would have been blocking the site entrance

MH
A class RV and Autotrail

Road Runner said:
No one gonna say what they get:secret:
Click to expand...

Cramp in me wallet

Mostly in a car park.

Bear in mind that nearly all of the fuel you burn on a straight & level road is used to push air out of the way, and that the calculation for aerodynamic drag includes a 'velocity cubed' term.

This means that to go twice as fast you need 8 times the power (or petrol).

Best way to optimize fuel is not to use cruise control on hills and to keep your speed to 50mph max. And to strap a raw egg to the gas pedal!

kijana said:
We get 9.8 mpg overloaded & towing a Smart.
Click to expand...

That makes me feel better another sub 10 mpg'er

I tow a Kia Cerato

john...is there any advantage being a pusher as apposed to a puller regarding mpg?

Since we got our bus in March we have recorded every fill up and every mile. We get 12.5 mpg overall. We are not overloaded but we do tow a smart car on a trailer.

We travel at whatever speed we feel comfortable doing at the time and we try to always use cruise control on the motorways set at 70 if not towing and just over 60 if we are towing. That way we won't go too fast!

lugnutt said:
john...is there any advantage being a pusher as apposed to a puller regarding mpg?

What do you get?

depenes , on a run on lpg 10-12 about 13 on petrol,but mine is just under 6 tonnes yours is about 55 ton to look at it ,would not like to see it in my mirror scare the life out of me

lugnutt said:
depenes , on a run on lpg 10-12 about 13 on petrol,but mine is just under 6 tonnes yours is about 55 ton to look at it ,would not like to see it in my mirror scare the life out of me
Click to expand...

Scares the life out of John, have you never seen his face when he's driving!

I thought mine was bad at 22mpg.

A tad under 29 mpg average over several months - on mainly the Spanish equivalent of A roads.

I've read somewhere that mpg improves once the engine has 'loosened' up a bit.

Do you reckon we'd see a 10% improvement if we lost the roofbox?

After having the Van Aaken smart Box fitted in April 2005 for £423 I decided to do a fuel consumption check on a 4200 mile trip around the Iberian Peninsula. We normally cruise at about 90 KPH (usually the van is fully loaded 3500kgs) and with the cruise control set we found that we did not have to change down for the hills which we would have expected to have change down on before the box was fitted.

I tried to keep an accurate check when refueling, It's difficult at times when you are trying to fill the tank right to the brim. The 4200 miles on the continent returned the following:-

I must point out the smart box was fitted for convenience rather than fuel economy.

We have got to the stage in life now where we don't charge about anymore, well not often anyway, we also practice defensive driving. We have both found that our reactions are not what they used to be. I have been driving world wide since 1952 and Maureen since 1967.

We consider the smart box money well spent. We use the van a lot (50,000 miles in four years) mainly on the continent.

I spoke to my insurers before the work went ahead and they were quite happy.

If you want any more info see http://www.vanaaken.com/europe/?pagename=smartbox at present their site appears to be down.

Due to age and disability I cannot manage on long trips without the cruise control. I should really have an automatic box until they bring a RHD one in I'll soldier on.

:Cool: I was reading in a Local (Costa Blanca Freebie) newspaper that Fuel is MORE expensive in the Summer. Why? The mechanic went on to explain about the expansion of fuel during warmer periods. You get more fuel for your money if you fill up during the Winter.

johnsandywhite said:
:Cool: I was reading in a Local (Costa Blanca Freebie) newspaper that Fuel is MORE expensive in the Summer. Why? The mechanic went on to explain about the expansion of fuel during warmer periods. You get more fuel for your money if you fill up during the Winter.
Click to expand...

Its got loads of tourist there to fleece

To be honest I have absolutely no Idea how much I get. I have been told by people who should know that I can expect a best of 9 mpg if I stick to 50/55mph. But... I cant keep her there, she is an 11 ton 8.1L beastie and she just wants to run, she will sit at 75 all day if you have credit on your visa.

If you are too light on the throttle as Geo suggests, it means that the front end doesn't come up as you accelerate away and I need to feel that

and the V8 has to be doing 3500 revs before you can hear it, and I just can't get enough of that soft growl, it is sooo sexy

MPG whose counting... not me:Cool:

fast flowing rivers have got to me a good way to save fuel, as long as they are flowing the way your headed 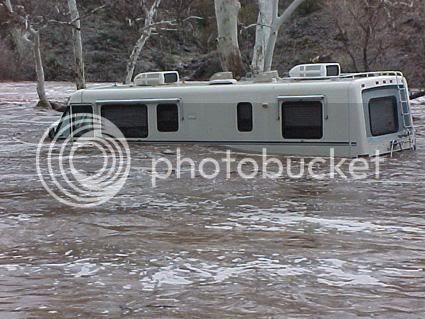 JimJam said:
MPG whose counting... not me:Cool:
Click to expand...

I used to have a boat the could consume 25 to 30 GALLONS PER HOUR under full throttle.

I count now sadly as my pockets are not so deep