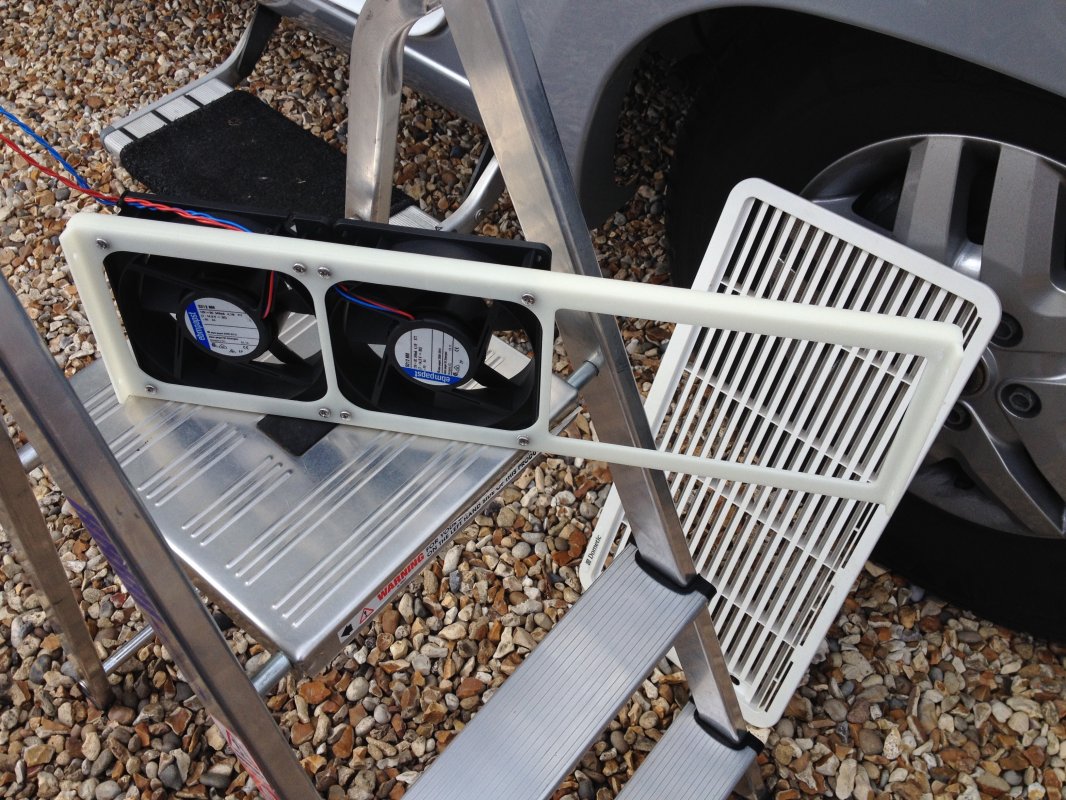 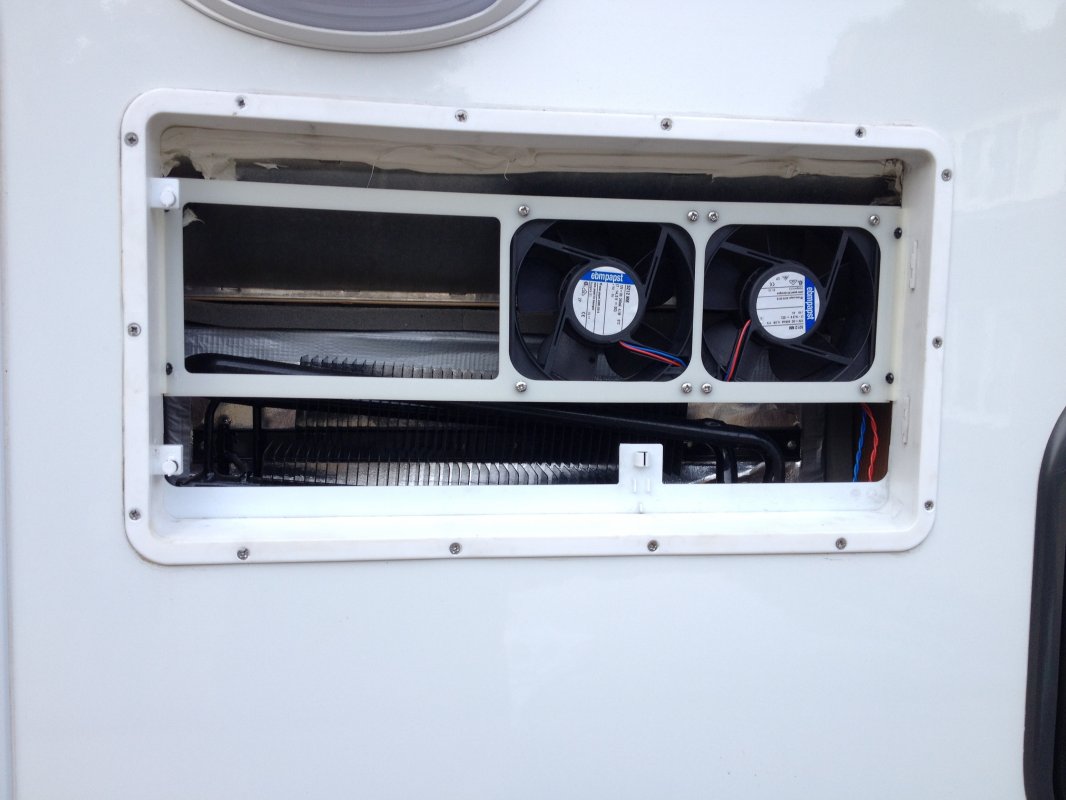 Hi All
Recently we were in Cornwall during the hot weather which was really nice; a down side of it was that the heat 26 -27 degrees Celsius was reducing the effectiveness of the fridge and freezer so I decided to install a couple of fans to reduce the heat build-up behind the fridge. As I am an engineer I firstly wanted to know what the temperature was behind the fridge in the middle of the day with an ambient of 25 degrees so as I have access to instrumentation I did a quick recording and after ten minutes the thermocouple settled out at 39 degrees Celsius just behind the top vent.
I got hold of a couple of fans which were the largest I could fit in and sourced a temperature switch from eBay (thermistor type) which could be set between -20 and 50 degrees. With a very little effort I made a frame for the fans fitted the switch and wired it through a 2 amp fuse and set the fans to come on at 30 degrees the result is minus 6 in the freezer and 4.5 degrees in the fridge at 26 degrees Celsius.
OP

and this is the switch
OP

Just curious.. why did you fit the fans off center ?

and how did you make such a professional looking frame.. ?

same question ref the frame from me as well!!
OP

Because I wanted to fit the largest fans into the space I had to fit them off centre to miss the top evaporation pipe, and the frame is 3D printed.

Inthezone said:
Because I wanted to fit the largest fans into the space I had to fit them off centre to miss the top evaporation pipe, and the frame is 3D printed.
Click to expand...

Medication Fridge, anyone use one?