Fly out that window...

Often when you talk to full-timers, especially if you are talking about full timing, the word freedom pops up quite a bit. I found a nice metaphor recently that I think sums up quite nicely the dilemma that many feel when they consider any new venture that takes them out of their comfort zone. This metaphor is about finding freedom but could easily be about going for a new job or getting a divorce, becoming self employed, or dropping out of the rat race and downsizing. Life changing decisions like this are hard to make, but make them we must. I hope you like the metaphor and I do hope you are more positive than the bird.

The bird in the cage had lived there for a very long time. Often it would look through the bars of the cage, out of the window to the meadows and trees beyond. It could see other birds flying free in the open air and often it would wonder how it would be to feel the sun on its back, the wind in its feathers, to swoop and soar and snatch mosquitoes in flight.​
When the bird thought of these things, it could feel its heart beating with the excitement. It would sit taller on its perch and breathe deep into its bird belly, sensing the thrill of possibility.​
Sometimes another bird would land on the windowsill, resting from its travels, and look inside at the caged bird. The traveler would put its head on one side as if quizzically asking it self how such a thing could be. A bird in a cage. Unimaginable. And it was at these times that the caged bird felt most miserable. Its little shoulders slumped; it felt a lump in its throat and heaviness in its heart.​
One day, the owner of the caged bird accidentally left the door of the cage open. The bird looked through the door. It saw the birds swooping and soaring outside, the sun on their backs and the wind in their feathers, and it felt a stirring inside. The caged bird noticed that the window was open, and its heart beat even faster.​
It considered its options.​
It was still considering them at sunset when the owner returned and closed the door of the cage.​
The bird, for whatever reasons, valued security over freedom.​

Makes yer think don't it !
I divorced, downsized and escaped the rat race but seemed to have joined it again ! must escape again one of these days ! 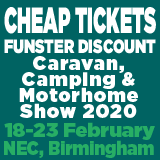