I've just imported an Esterel 24SL and may need to change the headlights, does anyone know which headlights were fitted or if they were specific to the Esterel.

Photo's would help. What base is it on ? Merc, Fiat ,etc

I’d have a good look at the back of the headlights as there may be a lever that turns the lights for uk use....

Esterel 24SLs were only built on Mercedes Sprinter chassis the earlier models were Mercedes or Fiat I think. I had a look at the rear of the nearside headlight and couldn't see any lever but I'll have another look tomorrow. I would have to remove the cooling system expansion bottle to see behind the offside light.

Can' t help with head light situation, but love the motorhome. Happy travels!

As it is pre 2012 I think you can get away with beam benders if they are not adjustable.

They look the standard Sprinter headlamps dirt cheap on eBay.

I thought they were standard Sprinter ones until I had a Sprinter alongside, the Esterels although similar to look at are quite a bit smaller. Beam benders would be good but the DVLA or VCA documents I received don't mention a 2012 cut off. I'll check it out thanks. I've contacted Rapido Motorhomes in France to see if they can help. The motorhome in my avitar was written off in March in Spain by a lady driving on the wrong side of the road hence the reason we bought the Esterel, it took my insurance company 7 months to pay out.

any names or numbers on the back?

Search the forum for imports I'm sure there are a few members who have imported older Motorhomes in the last couple of years. If you click the "more" button at the bottom of the search pop up you can do an advanced search.

I've now found out that the headlights are Renault Megane Scenic so should be a bit easier and cheaper. Thanks for the help. 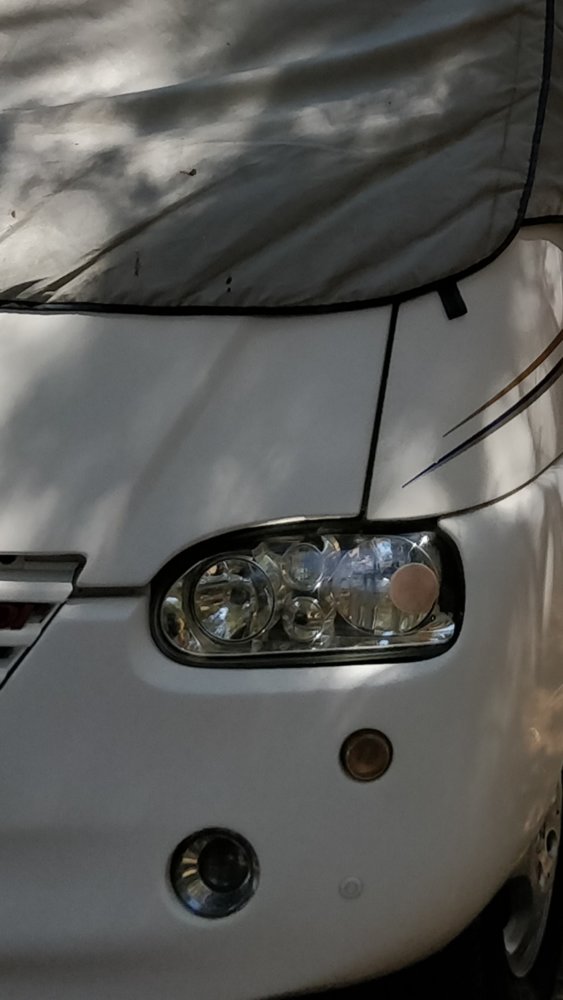 I have the Esterel 21 on a 06 Merc Sprinter been through quite a few MOT's with beam deflectors on.

Headlights on Flair 7000i (Neismann)

W
Hello, Hi to everybody on the forum.