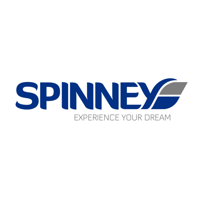 Spinney, are a family-run Motorhome and Caravan business situated in the heart of Cheshire and Staffordshire. We offer our customers a helpful and friendly one-stop-shop for all their motorhome and caravan needs. Spinney was established in 1975 by the late Managing Director, Nick Holland Senior originally situated in Ollerton before moving into our current locations of Cranage, Cheshire and Silverdale, Staffordshire. The family element of the company has grown steadily with the three sons Nick, Charlie and Ben joining the business to take the company to the next level. Ensuring the family's philosophy of 'service sells' continues to be applied to the daily running of the business.

Dealt with Spinney for around 3 years and bought present MH from them. Generally OK service from them, sometimes slow to get around to doing warranty work. Have new branch now out at Quennsferry

Bought new Autotrail from them in March 2015, in September 2016 I advised them of a list of warranty
work that needed carrying out, the service advisor said Email pictures and they would contact Autotrail
for authorisation. So I sent them numerous photo's and waited for their response. After 2 months I rang
Spinney and asked what's going on with my claim, so it's been approved however it's going to be next
year before we can do it. Booked in for mid January, dropped off and left with them. Whilst it's there they
say do you want us to do the Hab service to which I agree.Towards the end of January they ring me to say all work has been completed. Ok fast forward 8 months and the warranty work they carried out is
failing again, I ring the service advisor and tell her I need to book in for the work to be sorted.
That's when she drops the bombshell, well you know you had the Hab check done 2 weeks too early so
your Autotrail warranty is void. I said if you knew it was too early why did you not tell me? to which she replied it's your responsibility to know.
Then she follows up with we don't guarantee warranty work anyway, so you will have to sort it out yourself.
I emailed a director of Spinney and he said he would look into it resulting in a call from the service advisor
to say they would repair as a goodwill gesture, I booked in the van and then took it to them, 2 weeks later they rang and said it was ready so I drove 55miles to pick it up and guess what they had not done it.
They said we don't know what's happened the guy says he's been carrying out some repairs on the roof to which I replied there was nothing wrong with the roof. Anyhow they managed to do some repairs the following day. So after a wasted trip I had to return the next week and to cap it all the repairs failed again only a few month later. I will never buy from them again!

Got a good deal from Spinney at the Lincolnshire show and although not looking to buy,went home after laying the deposit on a new Autotrail.Right up to collection some 6 months later everything was fine.However post sales want so good.Phone calls regarding warranty work often went unanswered after promises of call backs which never came.Also I had an item go missing during van transfer and although promised reimbursement,I am still waiting.Its a shame but I probably won’t use them again.