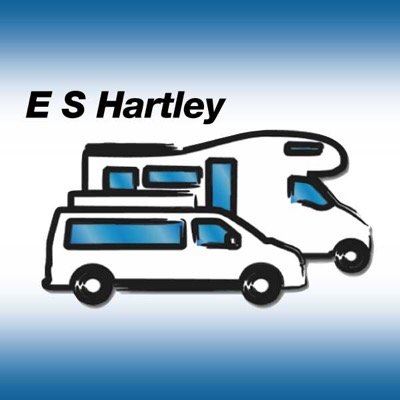 If you are looking to buy a new motorhome or used motorhome then look no further than E S Hartley's Lakeland Motorhome Centres.

E S Hartley Lakeland Motorhome Centre has built a reputation for supplying quality new and pre owned motor homes to customers throughout the United Kingdom and beyond.

With a comprehensive stock of quality used motorhomes and campers from most mainstream manufacturers including, Autocruise, Elddis, Auto Sleepers, Auto Trail and Lunar and new motorhomes from Hobby and Elddis as well as campers from VW California and now Hillside Leisuredrive, we are sure to have the Motor home of your dreams either on site or to order.

Our dedicated team is on hand seven days a week to ensure that we are able to fulfil all of your needs when purchasing your new motorhome or campervan.

We were in the market for a new (or newer) motorhome when we went to the Caravan & Motorhome show in Manchester. There, we fell in love with Hobby style and quality. We hadn’t heard of the “ES Hartley” dealership which was displaying the Hobbies at the show, but the two people we spoke to from the dealership at the show were helpful, friendly, and knowledgeable without being at all pushy.
We still weren’t convinced we were going to buy a brand new motorhome, and there wasn’t the ideal Hobby model layout at the show, but since they told us that they had other new models at their base in Cumbria, we arranged to visit a few days later.
They had a lot of motorhomes at their Ings site (near Kendal). Many second-hand motorhomes of various makes, plus a selection of unregistered Hobby motorhomes.
The salesman was again happy to spend as much time as we wanted without being pushy. He was helpful and knowledgeable, and, at the appropriate moment, gave us “our time” to talk between ourselves about options and decisions. I’m absolutely sure that we could have walked away without being chased, but we had decided which Hobby we wanted and the dealer came up with a good deal.
We decided on one of the unregistered Hobby from the site, and agreed which extras they were going to install for us in the price. (Bike rack, alarm/immobiliser, solar panel, barbecue point). We could have collected it within a couple of weeks, but decided to wait a couple of months for the “18” plate.
Collection date was problematic due to the snowy weather in Cumbria (15cm of snow!) so at the dealer’s suggestion we delayed.
Somewhere in the middle of all this, I read about the Fiat EGR recall issues. I’d already got the VIN, and confirmed that work was required. The dealer, when I phoned them, confirmed this. Apparently Fiat then told the dealer that they couldn’t do recall work on an unregistered vehicle. Anyway, the issue was resolved by the dealer, and they kept me informed. We agreed that the “delivery” mileage would increase by a few tens of miles for the necessary two trips to the Fiat service centre.
When we did collect the motorhome, about a month later (we’d been away), we arrived at 10am with a car full of “stuff”. The reception was friendly and the handover unhurried. We were shown around at our pace. All questions properly answered. Systems were tried and tested. They don’t sell gas, but had put in a part-used calor gas bottle for us.
All extras had been installed properly and professionally.
We identified that the promised CO and smoke detectors weren’t in the van, but these were very quickly installed there and then. We discovered that one of the garage latch locks was a bit dodgy, and this was replaced within 10 minutes.
By about lunchtime we agreed we were happy, and went for lunch (handy place next door!). Checked a few more things after lunch, and then signed over all the paperwork etc.
We shifted piles of stuff from our car into our new Hobby, left the car (as previously agreed) in their yard, and spent a night on a campsite by Windermere lake for more extensive testing and commissioning. We found that everything worked as it should, but thought of a few more questions.
Back at the dealership next day, they were happy to spend time answering the questions. (All answered, no problems). They also swapped, at my request, the new hook-up cable they’d given us for a longer one.
I’ve read all sorts of stories about new motorhomes where things don’t fit, or don’t work, and where the PDI has evidently been a bit useless...... well we had none of that.
Except maybe only one thing ....
We’d identified at handover that the hab carpets were rolled up and stored under the bed. We saw them. We left them there for a few weeks, and then decided to try them when we discovered that there was only one bit of carpet instead of the necessary two, and the one piece wasn’t the right one for our model.
After phone calls and emails, the dealer has apparently ordered replacement carpets from Hobby, but we haven’t got them yet..... which is why I rated the dealer at 4.5 instead of 5. (I’ll remind them......)
Updated: the missing carpets are now where they should be! Hartley emailed to say they had arrived from Hobby, and I went to collect them. They fit too! Good.

We bought our Hobby Siesta V65GE from ES Hartley in 2014. The handover wasn't brilliant due to the handover chap being off sick, but as this was motorhome number 9 for us and with 24 years of motorhoming under our belts this wasn't really a problem. All warranty claims have been dealt with satisfactorily and promptly, and a courtesy car was provided when necessary. We had a tap malfunction while in France and after a quick phone call were advised to get it fixed locally. We found a Hobby dealer in Poitiers who replaced it while we waited and Hartley's reimbursed our costs without quibble on our return home. We have happily returned for the annual habitation check even though we live the other side of the country as their charge is reasonable and they have always put right any little problems without question. We have read all the horror stories about various other dealers, so consider ourselves lucky to have had first class service from Hartley's.