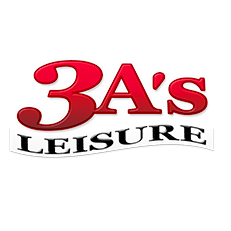 Established for over 20 years we are dedicated caravan and motorhome dealership specialist, committed to bringing you a first class service.

We have two exceptional sites located in South Wales each with excellent access to the key motorways for Bristol, Birmingham, Manchester and beyond. Both branches have an extensive selection of motorhomes and caravans on display, each with a dedicated team to help you find your perfect leisure vehicle.

Opened in 2009, our Carmarthen head office branch boasts an enormous range of new and used caravans and motorhomes. We also have a large accessory shop and offer full caravan and motorhome servicing from our large fully approved workshop.

Good salesman...very helpful... Bought a brand new Motorhome. Had to chase them regarding delivery date...advised the day before ( only because I rang them...) that there was a problem with the dashboard and it would be replaced and ready the folllwoing week. I should of picked up on the warning signs....

Had faults at handover, took van away as they had to order parts in, drove back 300miles 6 weeks later to have original faults and 5 further faults rectified - only did half( replacement bathroom door was damaged even worse than the original door.... Van developed a leaking roof and a further 4 faults...... they did not want to know. I wrote to them, I e-mailed them and phoned them repeatedly.....nothing!

Only got the faults rectified was by going legal with the Manufacturer as 3A's ignored me.

From my personal experience, I would not touch them with a barge pole