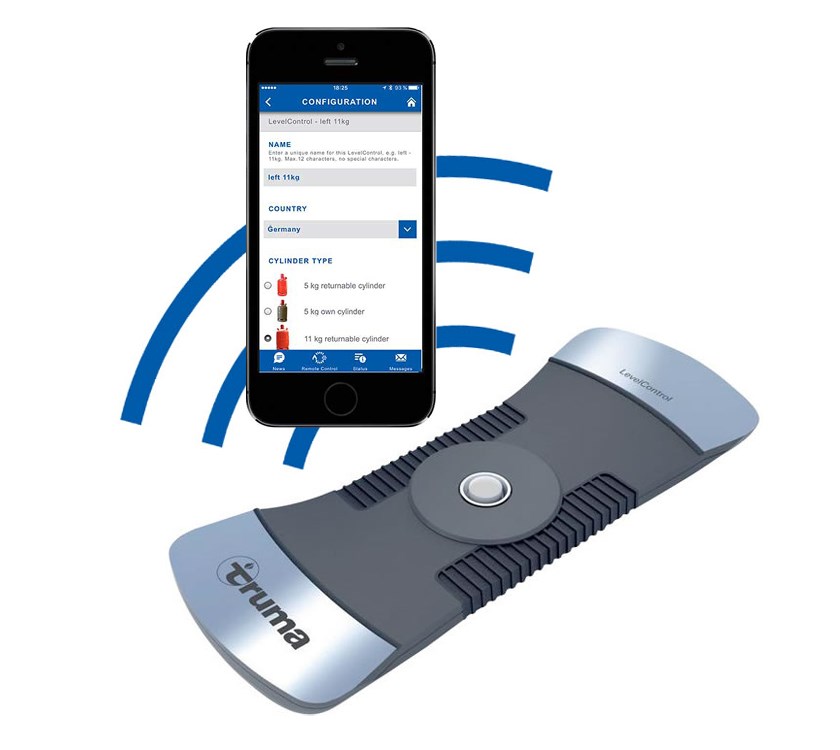 Status
This ad has been closed. Reason: sold

Hardly been used as I have an Alugas fitted, virtually brand new​

With the Truma Gas LevelControl, you can accurately check your gas fill level without going near the bottles.
You never have to go without enough gas power for a cup of tea in your caravan or motorhome... Save time and energy using awkward and unreliable methods to check your gas - get instant gas readings sent directly to your phone or tablet.
The LevelControl uses ultrasound technology to run through the gas cylinder and sends precise and accurate measurements to an app on your phone via Bluetooth. Sounds complicated? It couldn’t be easier. Just download the LevelControl app to connect and you can get real-time results.
You don’t have to worry about trying to fix this clever gadget to your cylinder either. The LevelControl is magnetic and fits snuggly to the bottom of steel cylinders.
Compatible with Truma iNet
The LevelControl device is also Truma iNet-ready. With the iNet control box you can control all of your Truma or Alde devices from one app either through Bluetooth when in range, or via text message anywhere in the world. Whether you’re out and want to check if you need to pick up gas, or if you’re cold and want to put the heating on for when you get home, the iNet system allows full control through your mobile device.
Using the Truma App alongside the iNet box also gives gas level availability as well as and the estimated number of days based on usage.