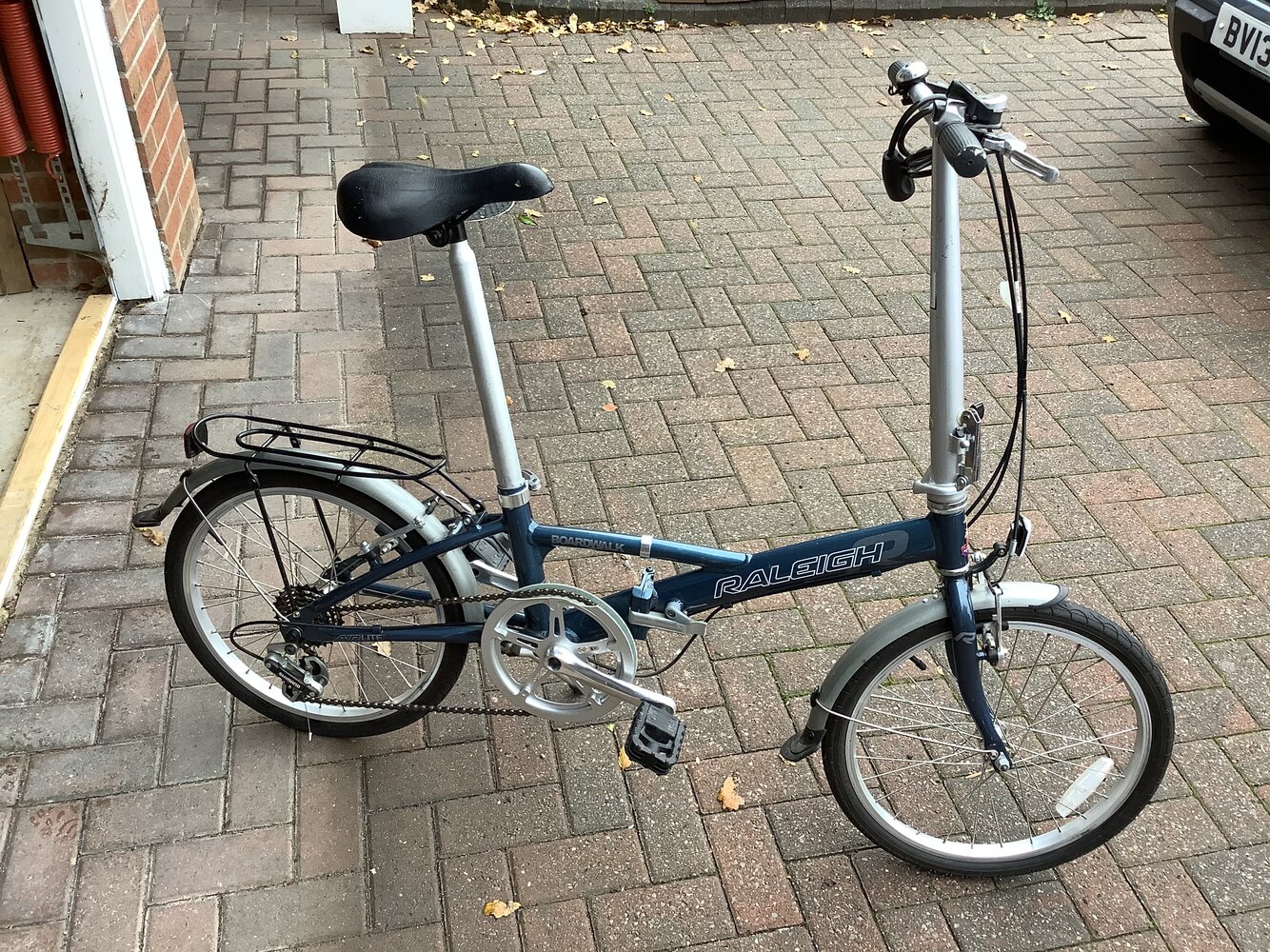 Good condition, owned for many years, hardly used hence reason for selling.
I actually had 2 folders but I held on to this one as it really is a nice light bike & easy to ride Bike. Would like to keep but know it just wont get used.

A few minor marks but as can be seen from photos nothing major.
I think even 2nd hand ones generally go for a lot more than this, so could be good buy for someone.