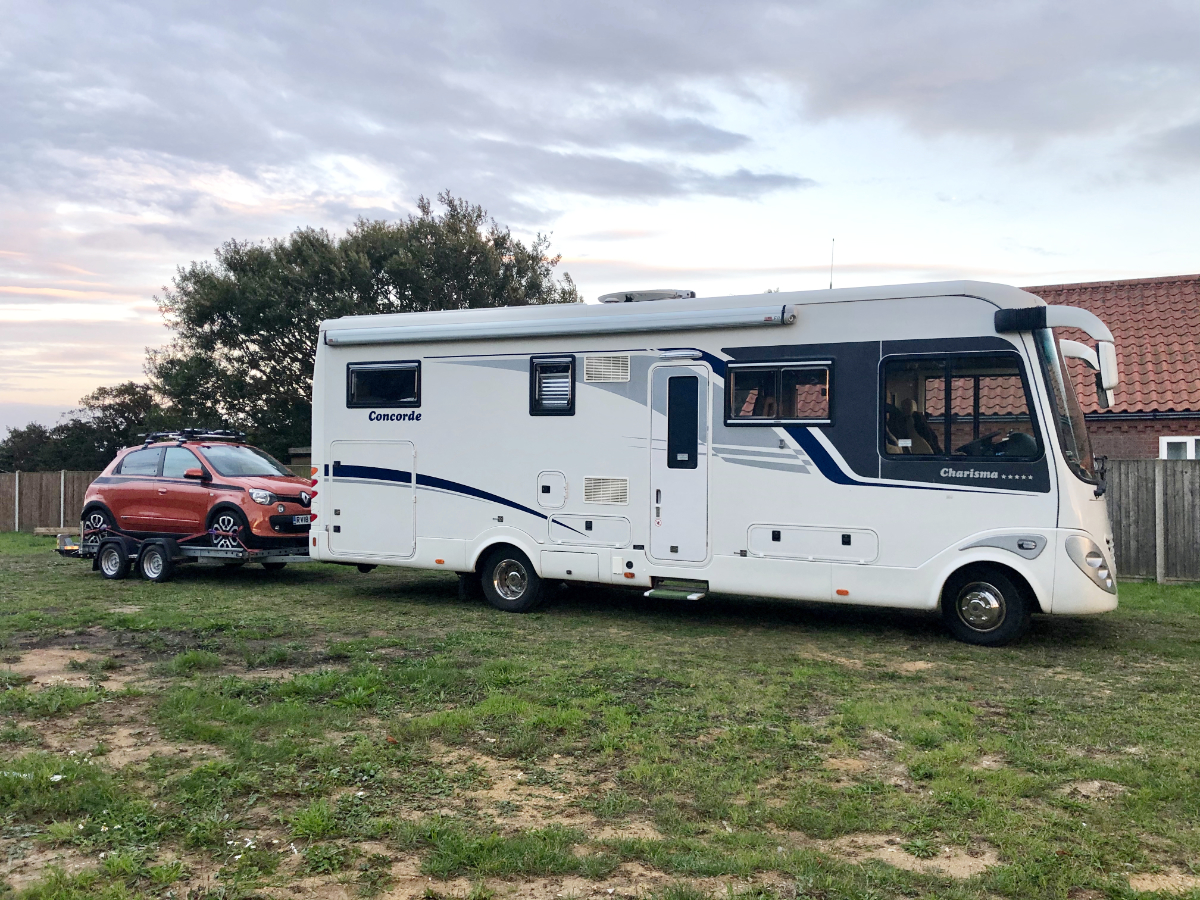 Status
3 members are watching this ad

The idea car to pull behind a motorhome! 26/03/2018 RV18WWU so still has full Renault warranty until 26th March 2022. Its done 12,000 miles mostly in warm dry conditions. Just had its first MOT and perfect as you would expect. It was the only little car on the market that drove like go kart, fast nimble and powerful, but still had the feeling of a well built vehicle. I did try the Smart Brabus as I have friends in the Smart racing world, but the Twingo just proved quicker, lighter and better handling straight out of the box. Most importantly its not an ugly blob like a Smart ForFour! This car was Martins of Basingstoke’s demo, but a few days after taking delivery of it they were prevented from even trying to sell it as the word came out that Renaultsport would no longer produce a RHD model for the UK market. I collected it with 112 miles on the clock as it had just sat in the back of the workshop away from prying eyes. It took me over 3 weeks to track it down via a friend with a contact in Renault UK. I know this little car will become a very collectable variant, and the Blaze orange is by far the best colour scheme they have produced. Beats a Smart Brabus hands down on both looks, performance and handling!

The Woodford Trailer is also available should you want the best and lightest 4 wheel car transporter on the market to complete the package. Tows superbly, and has proved invaluable. Sadly we won’t be traveling for a while thanks to the next 12 months have been set aside to build our new home. If anyone is seriously interested I can bring both to the Thetford meet!

May I ask the price with the trailer please?
Thanks
I’m confused, is it a RenaultSport or a GT or both, struggling to find anything that relates to a twingo being both?

Concorde
The GT was modified by the RenaultSport division. They developed both engine, chassis and suspension especially for these little cars. It is a vastly different vehicle to the standard Twingo. Its not just a badge and wheels like some GT variants from other manufactures! They were only available through the specialist RenaultSport dealer network.

Concorde
M-J The truth is the chaps at RenaultSport were very naughty, they took a Smart ForFour Brabus, lost the weight, fitted a different turbo, re-mapped the engine, changed the steering geometry, uprated the suspension...and created a real fun little motor!

M-J
I was aware the GT was developed by RenaultSport but couldn’t figure out of this was a different more ‘hardcore’ version that was badged as RenaultSport because of the RHD UK market comment. Was hoping it was something ultra rare rather than just rareish.
Read more…