As far as the law is concerned a motorhome is a private vehicle and subject to the same laws as any other motor car on the road. Motorhome seat belt law affects us all there are no exemptions from the law. The only persons who don’t need to wear a seat-belt are:
The importance of all passengers wearing seat-belts cannot be under-estimated. When a motorhome is involved in a crash the chances are that it will come to a very sudden stop and or flip over onto its side are very high. If we, our children (or our pets) are not wearing belts they will have their own crash into the motorhome structure. Restraint systems are so designed to help keep us away from the motorhome structure and distribute the forces of a crash over strong parts of our body, with minimum damage to our soft tissues. It has been shown that to be effective and not cause even more damage the belts should be three-point belts. with a strap over one shoulder as well as the lap.

Confusing Motorhome Seat Belt Regulations
Regulations formulated in the late 80’s only concerned front seat passengers and not the seats in the habitation part of a motorhome. If your motorhome was built right up to as recent as 2007 there was no legal requirement to have seat-belts fitted in any area outside the cab no matter whether they are forward or side facing. Of course, some manufacturers did add forward facing seat-belts in the back and its always been the case that if fitted they must be worn. There was talk of a law change due to happen in 2009 to make it illegal to carry persons un-belted but this did not materialise.

This confusion leads to a common question on our forum; I don’t have any seat belts in the back but can I still carry passengers back there. The simple answer is the law says if there are no belts, or those seats that have belts are already occupied then it’s OK not to wear them, where they are not fitted. But a realistic answer is; it depends.

In October 2007 it became law for the manufactures to ensure that all seats that were intended to be used for travel should have a belt fitted. This effectively means that the police or your insurance company will not look kindly should you be discovered using a seat that is not intended for travel. The manufacturer's handbook will undoubtedly mention which seats are travel seats and which are not. Seats without belts are no more a travel seat than the seat in your loo!


Walk away from motorhomes without enough seat belts.

Retrofitting belts is sometimes possible but never practical. Finding the places to fit them, getting the type approval, the consequential payload issues and that you'll have to tell your insurer. Be assured, they won't like it and might even refuse to cover you.

A little while ago I saw a really nice old van that I would have loved to have owned. It was a 1999 Tabbert, The build quality on this little A class motorhome was superb, it was a very low mileage model and at a good price too. But, we still have one child that travels with us and this van no seat belts in the back. So reluctantly we walked away. Which is what I urge you to do if your dream van does not have enough forward or rear facing three-point belts for all those that will be travelling.

You can read the Government Seat Belt Legislation here. An interesting article here from RoSPA on how seat belts eventually became law
About author

Ok, obviously you should wear a seat belt if fitted. If you have a pre 2007 motorhome, with a rear lounge, then there is no problem with passengers sitting there whilst travelling. Not the ideal scenario,but neither is travelling on a bus or train. You wouldn’t want passengers running up and down but it is nor illegal. Not safe, but not illegal.
Reactions: davehgv
Read more…

More in Motorhome Guides and Advice 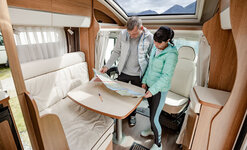 Motorhome Guides and Advice
3 REASONS TO HAVE MAPS IN YOUR MOTORHOME. 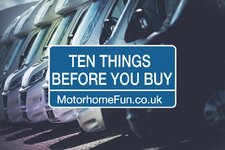 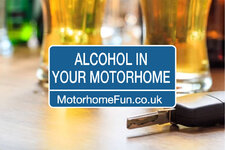 Motorhome Guides and Advice
Alcohol and sleeping in your motorhome 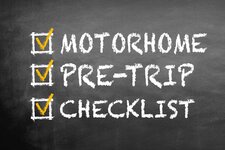 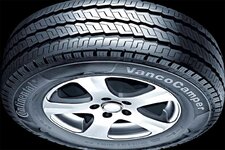 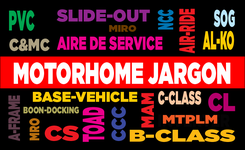 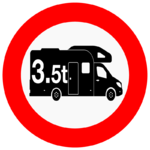 Motorhome Guides and Advice
WHAT MOTORHOMES DOES YOUR LICENCE ALLOW YOU TO DRIVE?

Just a note on the retro fitting, when we were looking for our first MH the number of seatbelts was crucial (due to grandkids) so when we found the one we really wanted after six months we were disappointed to see only seatbelts on the front seats. I did a lot of research and it appeared that it should have had rear seat belts as well so we went back, checked behind the cushions and there were the tell-tale fixing holes. It appears that the previous owners took the original belts out! Once purchased it cost around £200 to have each belt delivered from Germany and workshop fitted. It’s definitely worth checking if you really want that MH.
I have a 1996 Georgei Boy American RV it has only Lap Belts on the two front seats. It passes the MOT every year, but is it legal