At least once every summer a newspaper will report at least one motorhome gas attack. Motorhomers being gassed at French and Spanish motorway service stations. The victims always seem to lose around £2000 passports and their camera and iPads. These stories are scary and they spread rapidly, with more or less the same story being re-told. Often just the people and places changing.


We recall and spread these stories because they frighten us. The thought of being asleep in a motorhome at the mercy of an intruder while they rob us, would fill anyone with dread. Waking up to discover that you have been robbed and that the robber had to be right there in the motorhome with you, just defies all logic, How do you explain it? How was it possible to have been robbed without waking? However, we have heard that some people have been gassed and then robbed so this is the only logical explanation; it must have been a motorhome gas attack. Except it is not logical at all, how did the robbers get the gas into the motorhome? How did they know how much to put in? How did they ensure that all the occupants, no matter their differing body-weights, got just the right dose so as not to kill them? If this substance is easy to administer and leaves no after effects then why is it not used in medicine? Why do the crooks that possess this ‘wonder gas’ restrict its use to a few British holidaymakers and the odd lorry driver?

I think that people assume gas when there is no clear evidence. Maybe this is the right assumption to make, but in my professional opinion, based on the evidence I have seen to date, I think the gas explanation is used too quickly and without thinking it through. Thousands of people wake at home to find that they have been robbed, I have not heard it suggested that gas is used. Maybe it has.

The fact is, we often do wake up, and there are hundreds of cases where motorhomers are woken by the sound of a thief trying to get in to their motorhome. It’s when we do not wake, that we start to suspect gas might have been used as some way of explanation. I have been a security professional most of my adult life, but I was once robbed in a hotel room while I slept. I am sure I wasn't gassed, I had drunk just a couple of glasses of wine, but that is the only defence I have. I had the mickey taken out of me for years by my teammates, how I wish the gas excuse was around then, I am sure I would have clung to it to save my blushes. Maybe the police do the same; “Why didn't they wake? Maybe they were gassed!” It’s an easy explanation, case closed, crime number issued. As a security consultant in London, I have known of countless hotels where whole corridors of rooms have been robbed without the occupants waking. The odd one or two that were woken or who weren’t asleep accepted a mumbled, “sorry wrong room.” On investigations, no one thought gas was used, but it may as well have been, as tired or tipsy travellers once asleep will sleep through most things! The thing is, I suspect that we all sleep a little sounder than we think. We have all been asked, did you hear that thunder-storm last night? And we didn’t hear a thing. I have slept through the screams of my kid's nightmares.

I remember when in the Army (a long time ago) I once took a rifle from a young sleeping soldier, he wasn’t gassed, he was just very tired and sleeping soundly. Many of you, like me I am sure, can get into bed with our partner without waking them, or they can sneak out of bed without waking you. The thief isn't getting in bed with us, he is probably in the motorhome for less than 45 seconds and taking the wallet from the bedside table and your camera from the dinette. I think it is sad that people are put off travelling on the continent because of the fear of being gassed. The press and police are guilty of hyping the stories further by suggesting gassing without a shred of evidence to support the theory other than "if they didn't wake they must have been gassed" In September 2007 The Royal College of Anaesthetists released a statement on their website, debunking the gassing stories. They are also of the opinion that this is a myth. However, you might be of the opinion that the Anaesthetists “would say that” How embarrassing for them if some oik with a can of “damp Start” can do what they trained years to learn! I personally think that the gassing stories are an urban myth. If any readers here are worried about the gassing then please do buy a detector if it makes you feel better, but be warned, if you are parked in a public place, where there is a good chance of being robbed, the comfort you derive from your detector might make you sleep a little too soundly, and then who knows what might happen.


Motorhome Gas Attacks - A Professional Opinion Their statement by The Royal College of Anaesthetists is shown below. Have a read and judge for yourself. 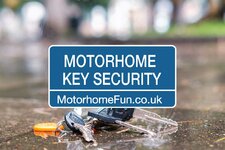 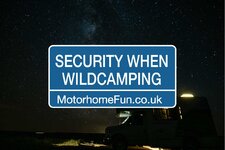 Motorhome Security
SECURITY WHEN WILD CAMPING IN YOUR MOTORHOME 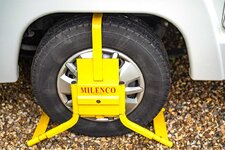 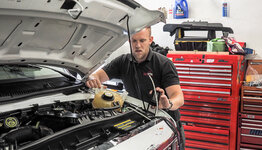 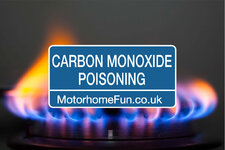